END_OF_DOCUMENT_TOKEN_TO_BE_REPLACED

As we walked into the jobsite for our second-to-last day of work, I noticed a little girl watching me put my work gloves on.  Her shy smile reminded me that the reason I was in India was greater than the 3 houses we were constructing. For an entire village, this was the first time to see women working next to men, building houses as equals, and I knew that was a big deal.  I smiled back at her and got to work. 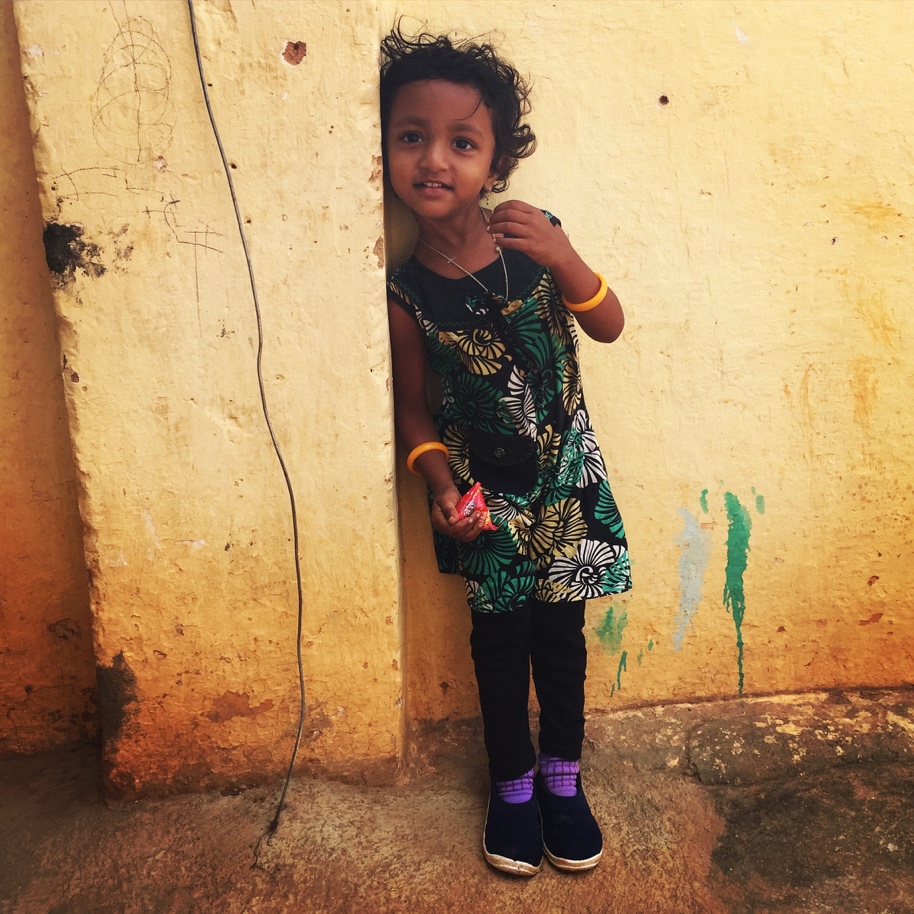 Since we were near the end of the project, we broke up our teams to work on different areas.  I donned a hard hat and helped the masons hoist blocks up to the second floor walls of a nearby house.  On a break, I stopped to make a progress video. Check out the sanitation station, aka the bathroom.

Working in other parts of the village meant I saw different families living their lives.  Being a part of Habitat for Humanity Global Village felt like a backstage pass to an otherwise inaccessible part of the world.  I witnessed a mom and older brother giving the little brother a bath and even though the mom looked no older than 17 because of sever malnutrition, I couldn’t help but smile. 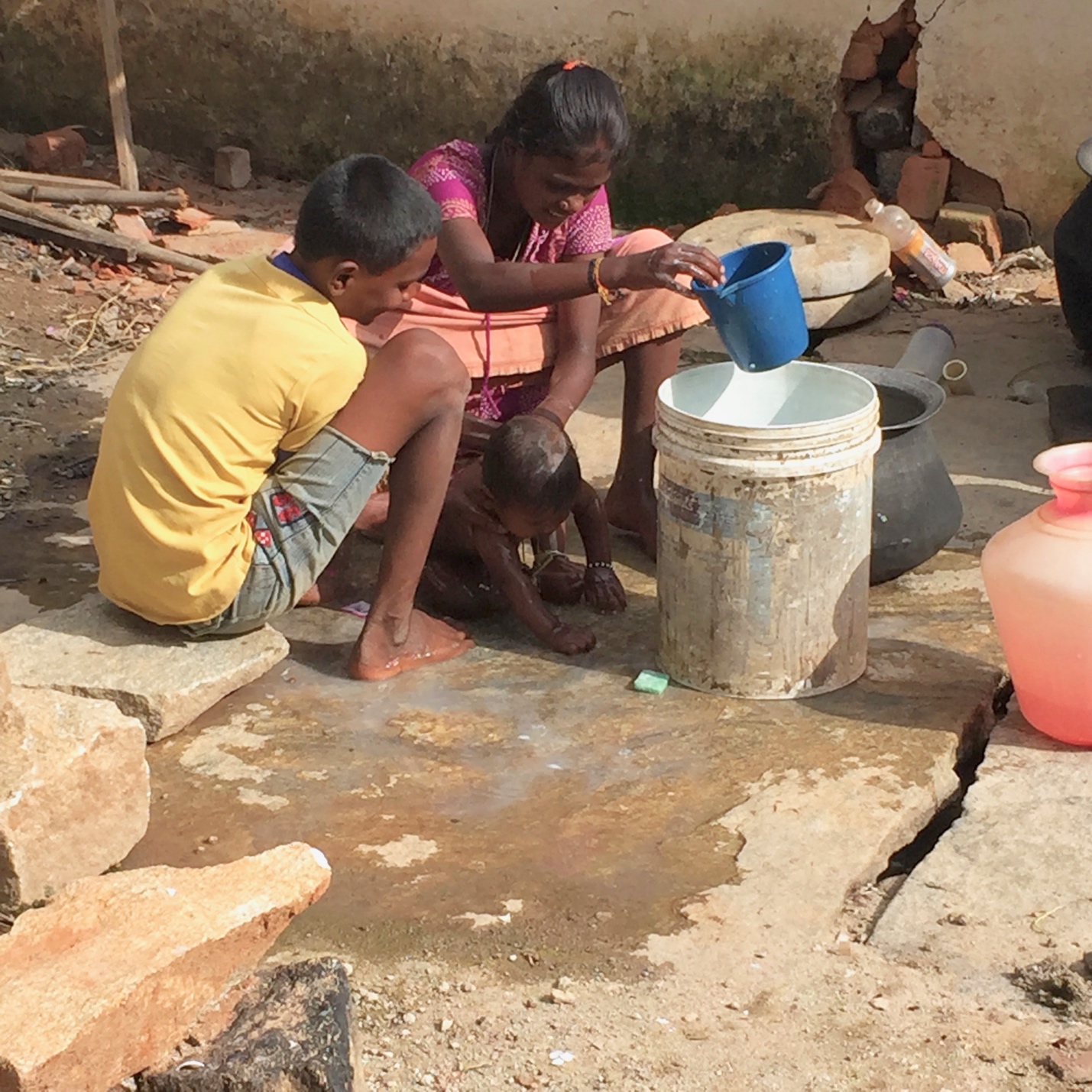 As the day drew to a close, we remembered our #volunteeringisfun fitness video series we had been making.  Couldn’t miss a chance to get the group together!

As we loaded onto the volunteer bus for the night, I started to feel an uncomfortable gurgle in my stomach.  I went back to the hotel and tried to shower, but realized I had a terrible fever. As I ran for the bathroom, I realized I had the “Delhi Belly” and let’s just say it was NO JOKE. 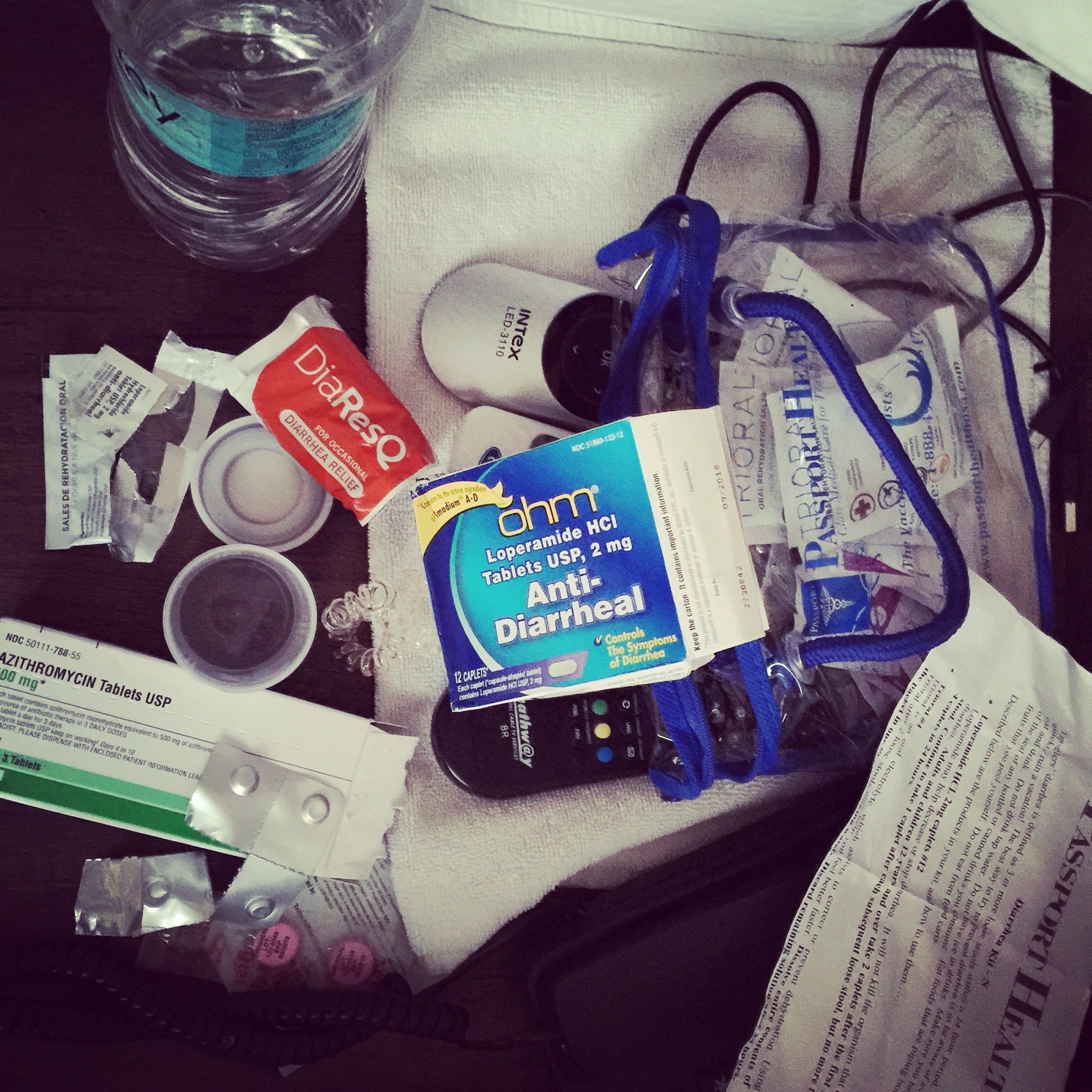 I was completely laid up for the next 24 hours.  Just me in my hotel room, trying to keep some of the medicine the travel doctor had provided down.  NOT FUN! That said, once it passed, I felt much better and happy I still had a day left in the village.