END_OF_DOCUMENT_TOKEN_TO_BE_REPLACED

Take a little tour with me! Was it the hidden bib

Jasmine Roth is the founder of Built Custom Homes, LLC.  In August 2016 she traveled to India to build homes with Habitat for Humanity.

Coffee and curry?  Sure why not!  (Actually, this is Chai Tea and it was SO GOOD!)  Day 2 of volunteering was a mixture of feeling out the job site, learning more about how Habitat for Humanity Global Village operates, and a lot of legitimately hard construction labor.  For those that didn’t see our INDIA BUILD DAY 1 POST go ahead and get caught up. 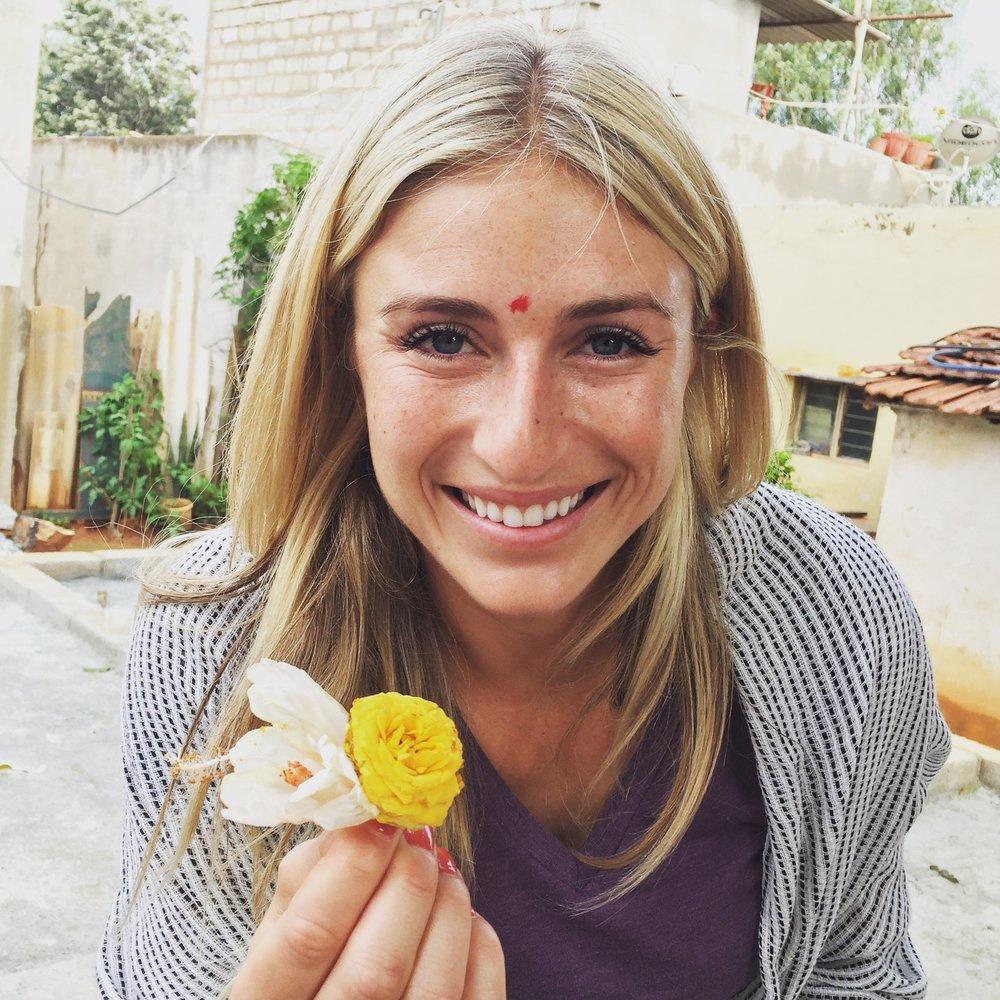 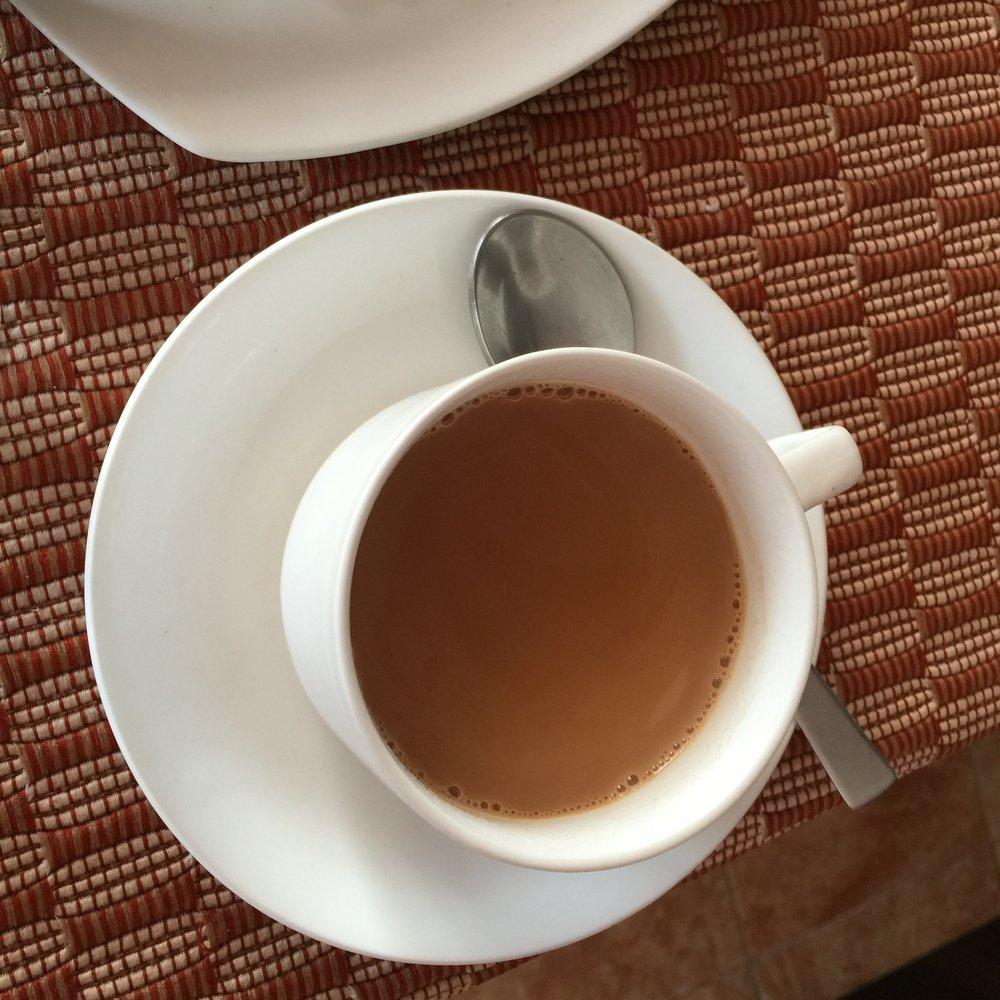 Here’s how it works: these families are not “given” a home. They have to own the land and be employed. They have to put in “sweat equity” to help build their home as well. In this case, 300 hours. When the house is done, HFH holds the mortgage on the home and repayment is based on ability to pay. For most families, home ownership is the first of many steps towards greater opportunity.

To start the day we were given an introduction to the three projects we would be working on.  It immediately became clear that the construction techniques I had noticed on the first day, were in fact the ones we would be using as well.  A bit overwhelmed by the manual nature of the job ahead of us, I joked that this was “like a two week fitness camp” which spurred the production of some pretty funny #volunteeringisfun videos.  Here is the first!

For those that know me, you know I don’t like to sit still.  Luckily, the team of volunteers on this project was the same way!  Most of us were completely ok with the physical nature of the labor but Habitat for Humanity does a great job accomodating all volunteers, so the fact that were we hand mixing cement, lifting HEAVY blocks, and digging ditches shouldn’t deter future volunteers. 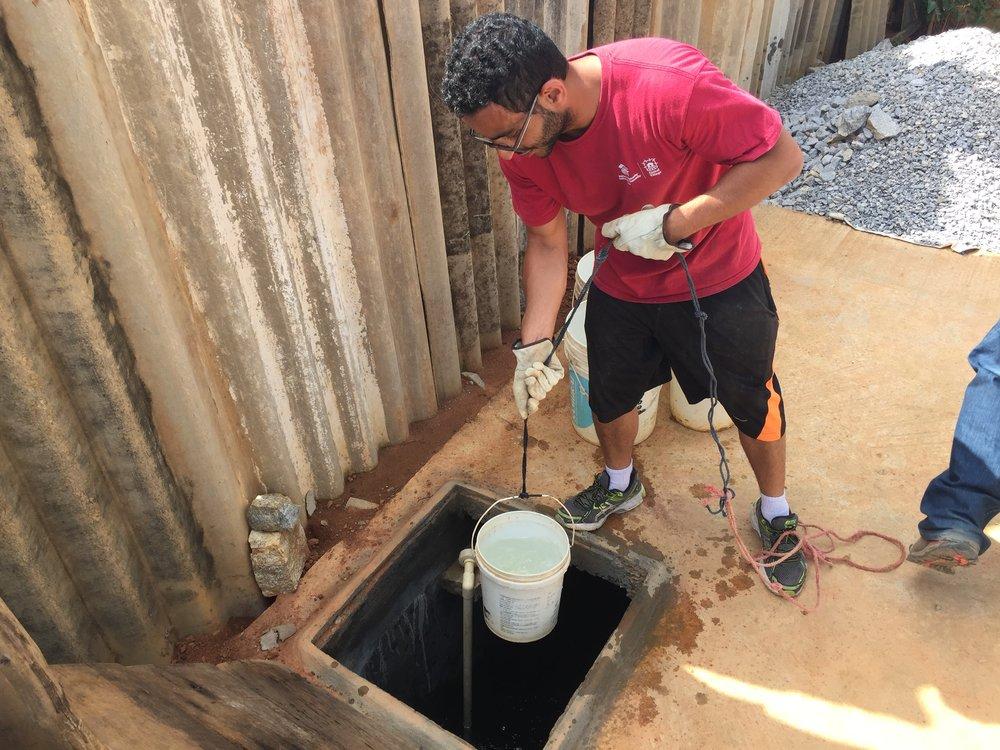 Since this was my first international build with Habitat for Humanity, I had no expectations for the food on the trip.  I had stocked a backpack full of granola bars, tuna packs, and applesauce pouches and I’m not a picky eater at all.  That said, the food was GREAT and lots of bottled water was provided.  Usually, I feel elaborate volunteer lunches seem a bit superfolous, but when working as hard as we were, the nourishment was welcome. 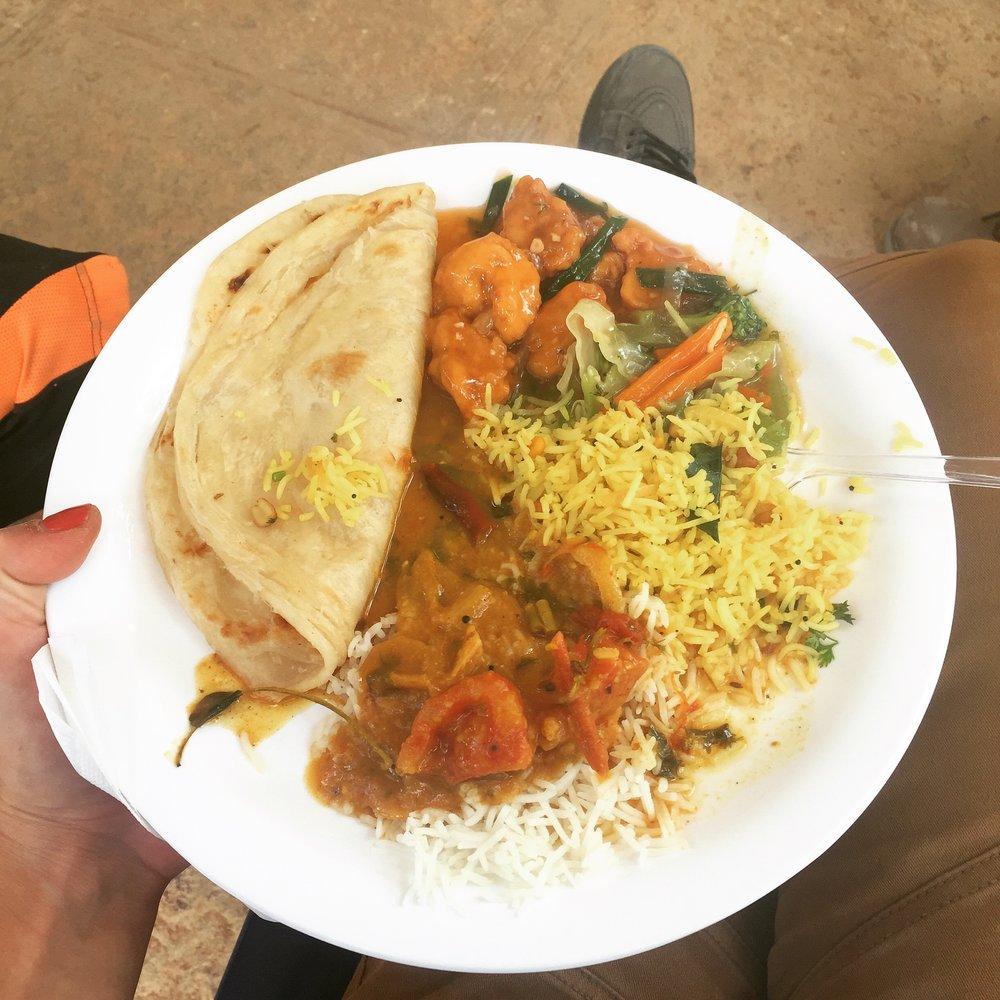 Here was our Day 2 progress:

As I loaded the volunteer bus and rode home my second day, I couldn’t help but think what an interesting place I was visiting.  In most of the city cows roamed freely because they are sacred in the Hindu religion.  Also, most of the city is covered in garbage, as there isn’t an infrastructure to accommodate household and construction trash.  It wasn’t uncommon to see the cows eating garbage, which didn’t seem to cause concern to anyone. 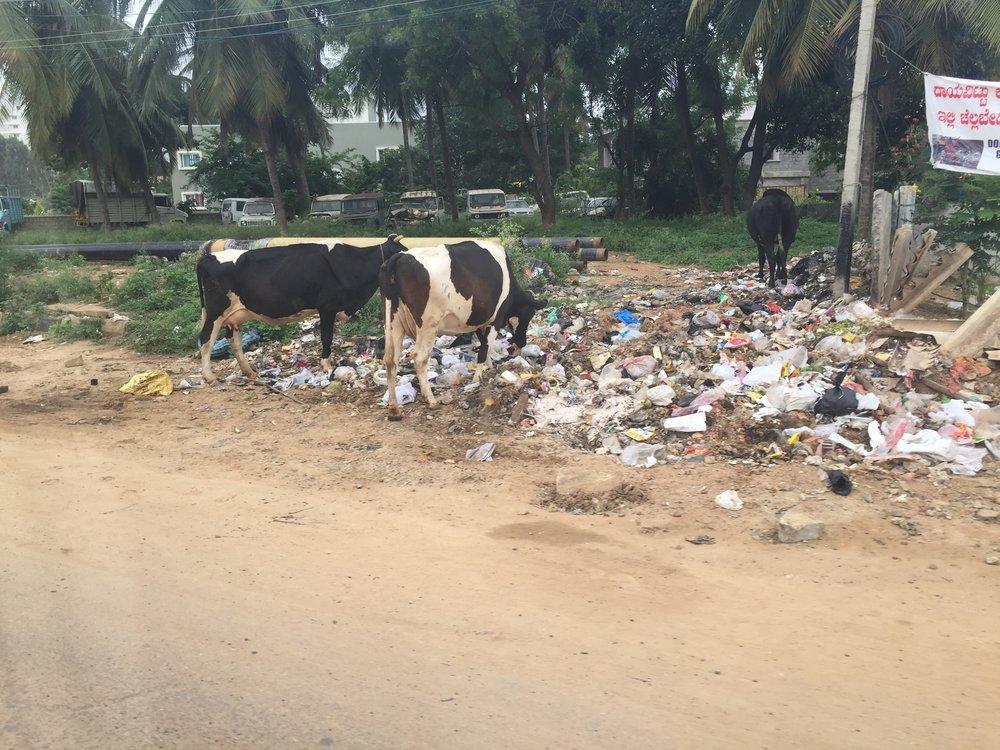 But still, there was beauty in so many places.  Most of the homes had dirt floors, but the patterns they drew for the upcoming festival were inspiring and unique.  As I fell asleep, I wondered what the next day had in store for us… 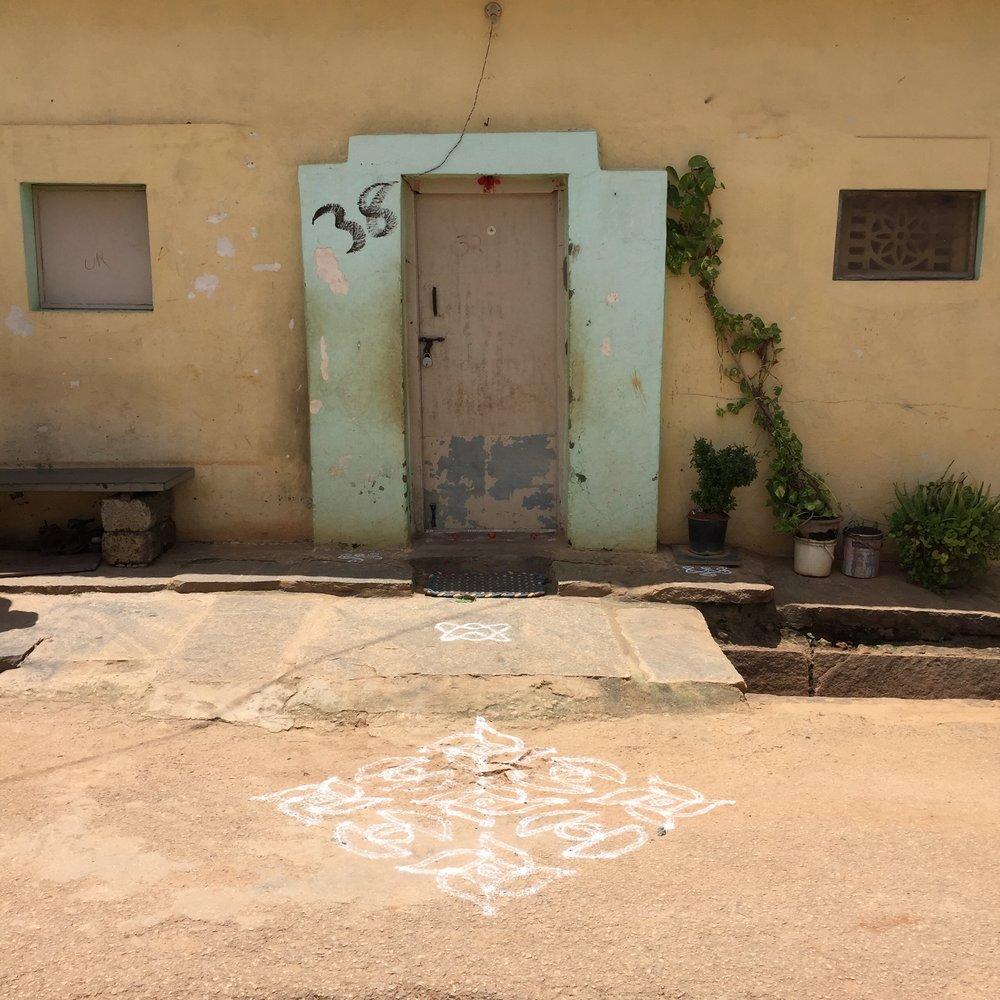