END_OF_DOCUMENT_TOKEN_TO_BE_REPLACED

An extra early wake up call on Day 4 and we found ourselves headed across Bangalore City to volunteer at a government school.

Habitat for Humanity partnered with this school and had already built bathrooms (not common to have in schools in India, public defecation is the norm) and had made sure public lunches were augmented with milk for students in the morning.  Though the children were impoverished and many were malnourished, they didn’t seem to notice and were extremely welcoming to our group.  They loved to take selfies and then see their own faces on my phone screen. 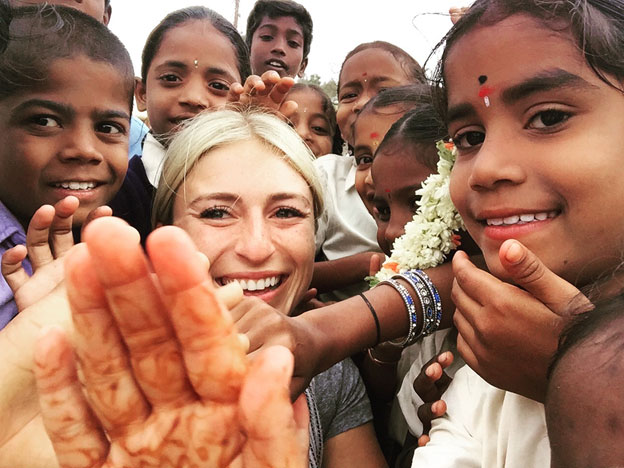 Children of all ages attend this school and they gathered in the schoolyard playing until they were called into class.  Many were without shoes but some wore hand-me-downs and most carried government issued backpacks. 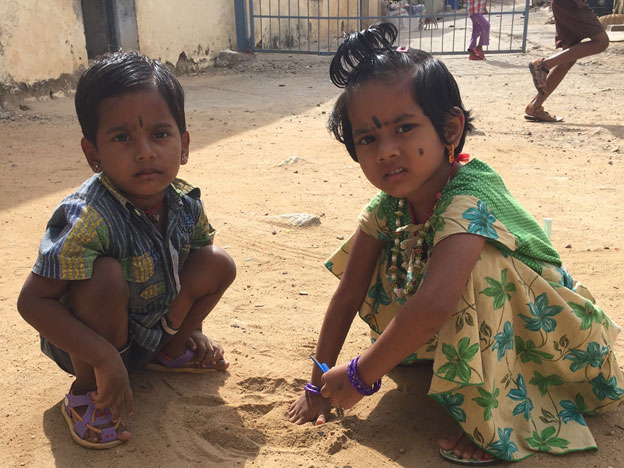 As the sun rose above the school, the teacher called the children to order.

It was explained to the children that we were volunteers there to paint their school.  They all cheered!  In addition to our small group, there was a group of local corporate volunteers from NetApp, many of which were volunteering for the first time.  As a US owned company, volunteering had been suggested for the Bangalore Office and it was a new concept for most.  In India, especially in Bangalore City, the population is very divided between those that work on technology campuses and those that live in extreme poverty.  This was one step in bridging that gap and shedding light on what can be done by local volunteers.  It was interesting to see that many of the volunteers that now work in shiny skyscrapers, were coming back to the school they had grown up in. 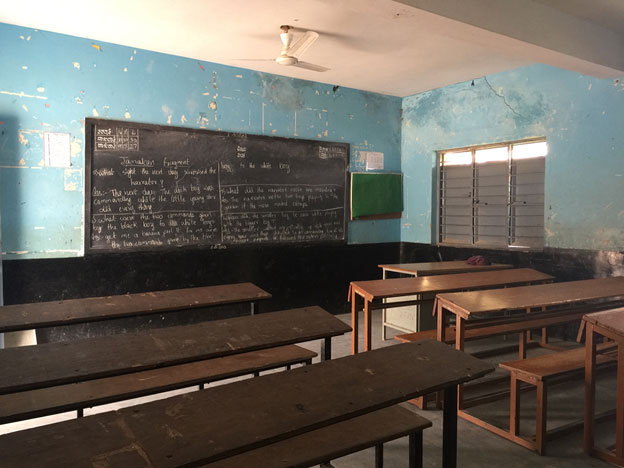 Before we got to work painting, we had to make our #volunteeringisfun fitness video!  (And yes, I know this is weird, check out DAY 1, DAY 2, and DAY 3 and it might make more sense.)

And then we were ready to work!  But first, they mixed up the paint for us with a VERY QUESTIONABLE technique.  I posted on my social media accounts while in India (when I got back on wifi at night in the hotel) and used #adifferentwayoflife on most of my photos.  This was certainly one of those moments that it was very evident things were a LOT different than what I was used to.

After the paint was ready (some colors were the consistency of slime, others were super watery) we started painting. 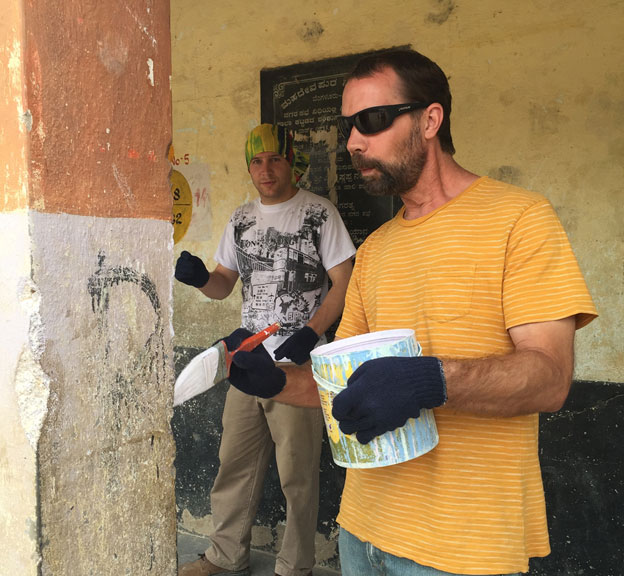 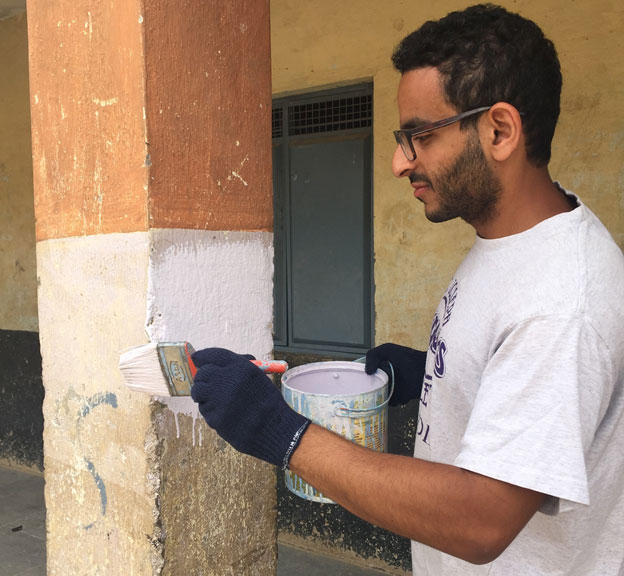 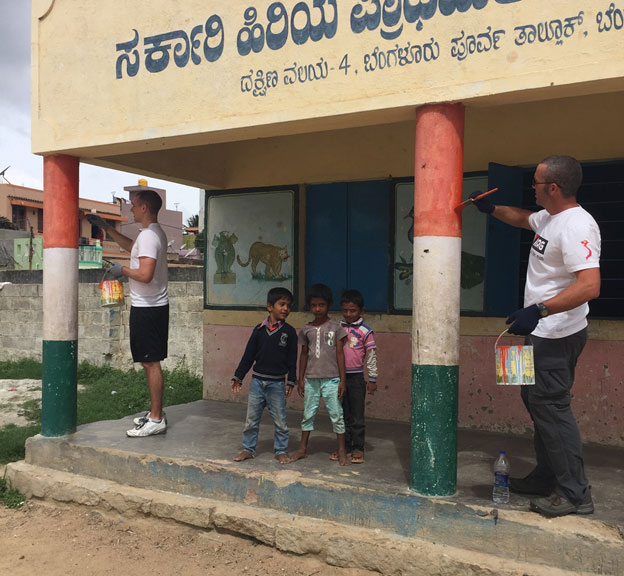 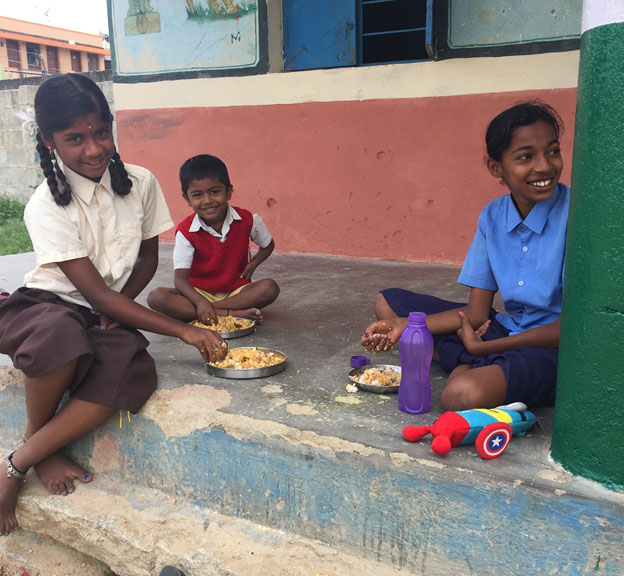 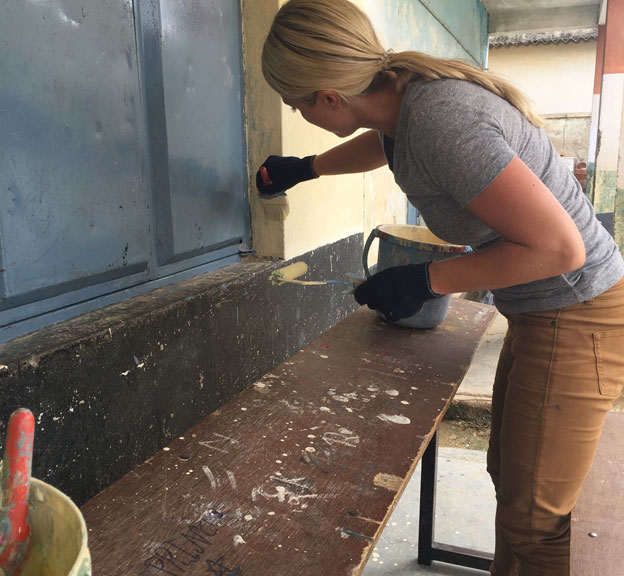 When we broke for lunch, we sat with the children to eat.  In India, it’s rare that people use utensils and they thought we were very silly to use our forks and spoons.  The kids shared dishes of rice and curry with friends and siblings and sat on the ground.  Everyone was all smiles!

As the day ended, we gathered together with the NetApp volunteers and took a group photo in a freshly painted classroom. 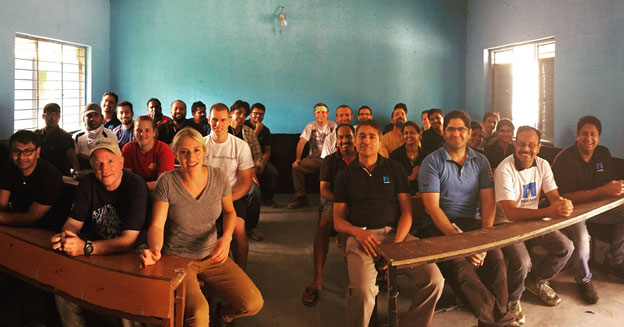 We talked about how important volunteering is.  How giving back within our communities, within the global community, be it your time or resources, can create legitimate change.  There were smiles and even some tears as people shared their stories and experiences.  As we loaded our bus and headed back to the hotel, it was fun to see what we had accomplished that day.  To take a school that looked condemned and give it pride, was a pretty cool accomplishment. 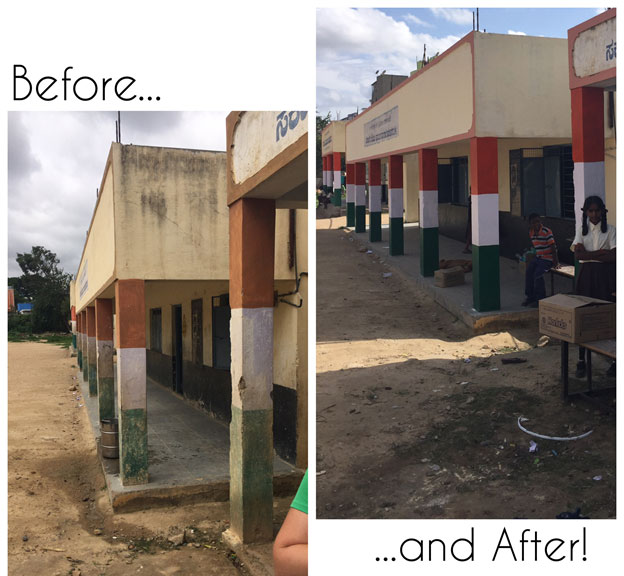 Upon arriving back to the hotel, I facetimed with my husband as he drove to work.  It was hard to find the words to explain how far away I felt from home and the experience I was having.  I promised to show him photos when I got home and wished him a great day at work.  As I fell asleep, I thought about the children I had seen that day and where they might be sleeping.