END_OF_DOCUMENT_TOKEN_TO_BE_REPLACED

How I Told My Family I Was Pregnant 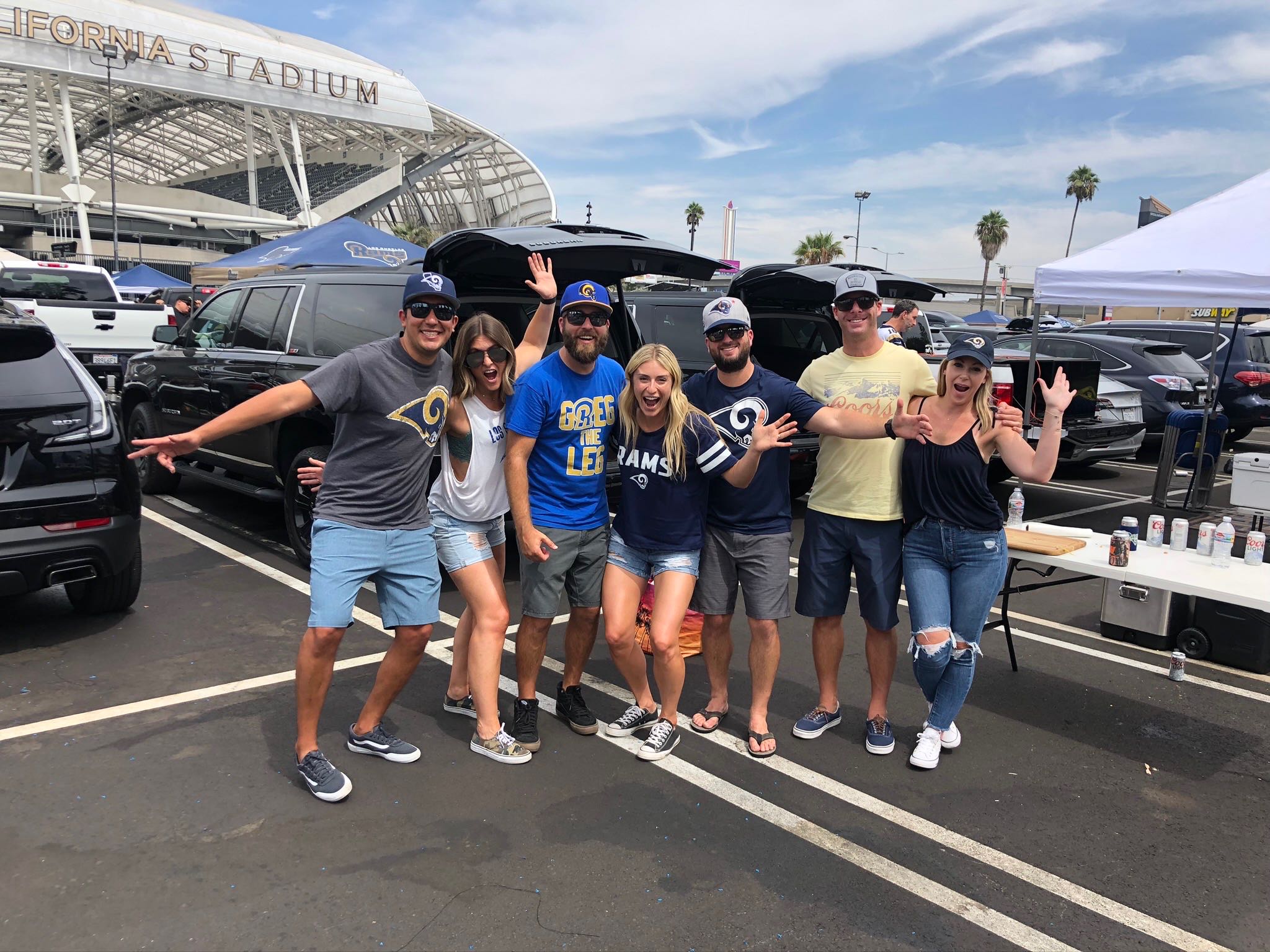 The day that Brett and I found out we were pregnant, I called my family to see if they wanted to watch the premiere episode of A Very Brady Renovation on HGTV.  Of course they did! They had no idea that Brett and I had some BIG NEWS to deliver. We gathered at my brother-in-law and sister-in-law’s house (they live right up the street from us in Huntington Beach, CA) and started eating dinner.  I ordered fried rice, which nobody noticed, but usually I would be eating lots of sushi! Everyone knew I was really excited about A Very Brady Renovation airing on HGTV so they thought nothing of me acting a little strange.

Before we started watching, I asked everyone if they wanted to see the promotion video for Rock the Block that I had just gotten via email that day.  Of course they did! Everyone gathered around, but instead of showing the video, up went the ultrasound photo from earlier that day. Words can’t really describe their reaction.  Excited, ecstatic, incredulous?!? I videoed it, until I was mobbed by the soon-to-be grandmas. Makes me cry every time I watch it! (CAUTION: Make sure to turn down your volume; there is A LOT of very high pitched screaming involved.)

Next up, I told my sis who lives in Portland, OR.  She and I played phone tag for a few days but we finally caught up on my birthday (I had to cancel my own birthday party because I was so nauseous) when Brett and I were chillin’ on the couch.  She was so excited for us and started asking all the right questions. What are you going to name it? What college will it attend? Do you think iphones will still be a thing when they are old enough to get a phone?  Ha! She kept us laughing and kept my mind off my missed birthday party.

Over the next couple weeks, we told close friends and family.  We were still only about 8-10 weeks, so we took our time and asked people to keep our secret.  Everyone was so excited and the more people we told, the more real it seemed. (Also the constant nausea made it VERY REAL, but more on that in another post…)  One of the first announcements came on the way to a Rams home football game. I told my friends there was something in my bag that might change the rest of our tailgating season a bit.  They were super excited! How cute is this baby jersey though!?!

I got the jersey at Target, but now it is sold out there and EVERYWHERE else, probably because it is SO stinking cute! 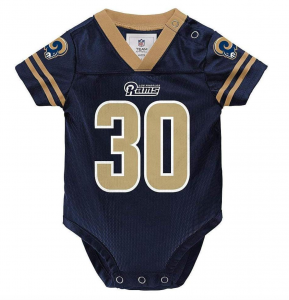 But here are some other super cute options that I’m sure will find their way into Baby Roth’s NFL Sunday wardrobe.

A huge THANK YOU to all our friends and family that just about fell out of their chairs with excitement when we told them.

Oh, and this was really the only announcement that didn’t go so well…haha.  My brother-in-law bought me a Vanilla Ice-themed tank top that says “ice, ice” and then instead of “baby” there is an arrow pointing to my belly.  Brett and I thought it would be funny to put the shirt on and show our friends. Other than my friend Paige who already knew, it took my friends a LONG TIME to figure this one out!

And just because it’s the cutest thing ever, here are some videos of my littlest friends talking about how there is a baby in my belly.  🙂

How I Found Out I Was Pregnant!

Registry Roundup: Nobody Told me I’d Need THESE!!

Pregnant During a Pandemic: Everything Changes