END_OF_DOCUMENT_TOKEN_TO_BE_REPLACED

Take a little tour with me! Was it the hidden bib

As Seen on HGTV

HGTV Secret Revealed! How I Got My Pilot Episode on HGTV 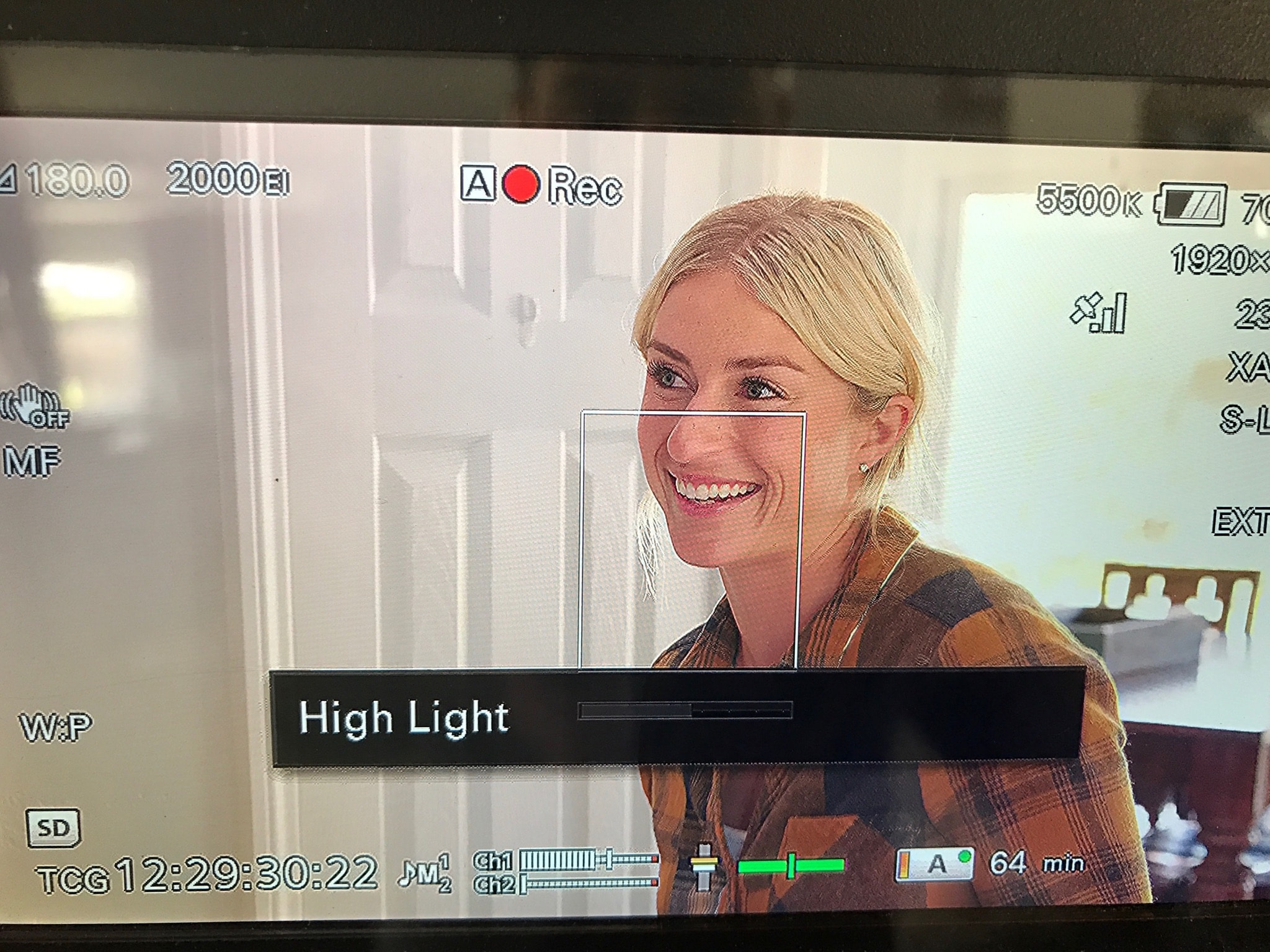 Okay, welcome back to the Jasmine Roth story hour… ha!  If you haven’t already been reading, here’s How I Got My HGTV Show – Part 1, the beginning of my story.  Now it’s time to share all the details about how I got my Pilot “House to Home” that aired Sunday, April 9th 2017.  The first time I was ever on HGTV.

How I Got My Pilot on HGTV 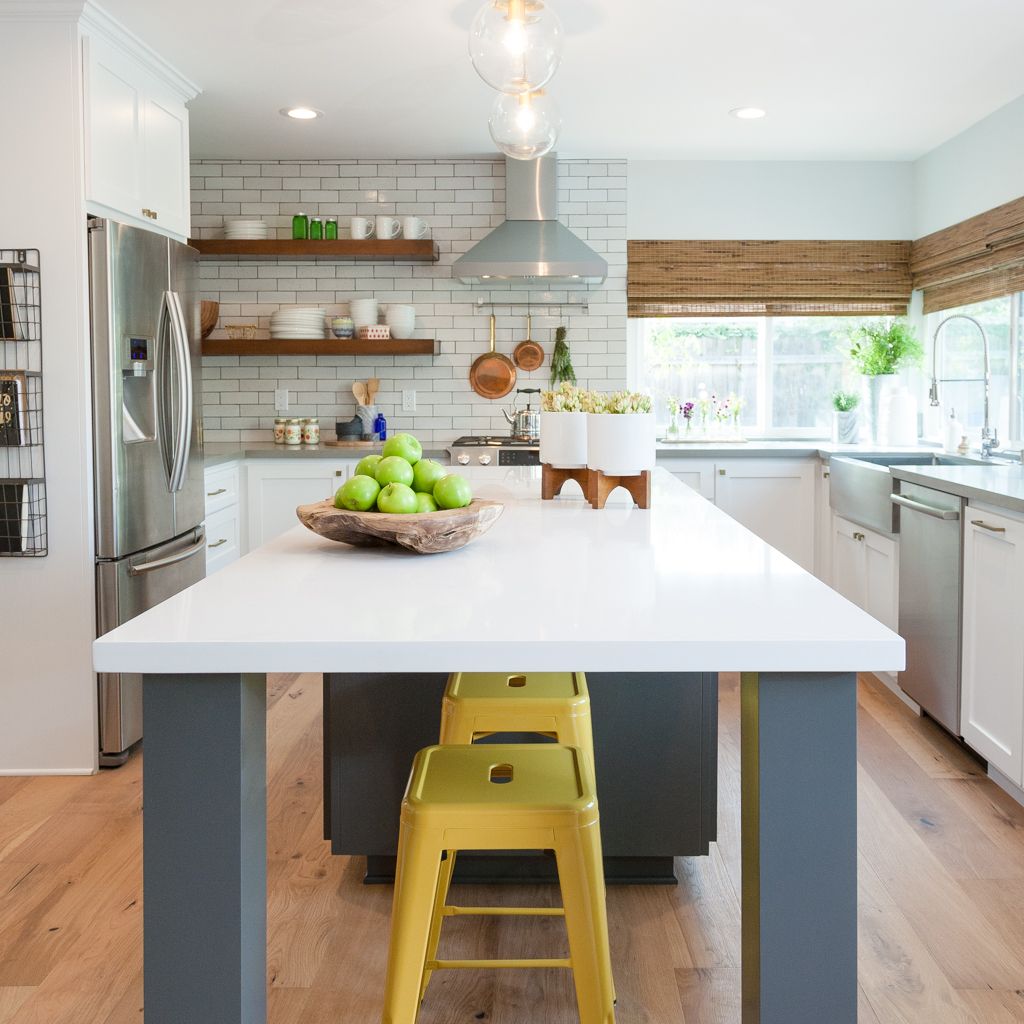 Let’s backtrack to early 2016.  At this point, I’d had an initial call with a production company and they recommended I send over some iPhone footage of some of my most recent projects so they could “cut it into a sizzle” to send to HGTV.  “Cell phone footage?!?” I groaned over the phone, “I build multi-million-dollar dream homes.  I don’t want to send over cell phone footage!”  And thus began the relationship of this poor production company having to deal with what they later coined as an “optimistic overachiever,” but what others might call “crazy” or “high maintenance.”  That said, I felt passionately that this was a once-in-a-lifetime opportunity and I was going to take full advantage.  “Leave your heart on the field” is how I live my life and I’m either 0% or 1000% in – and this was no different. 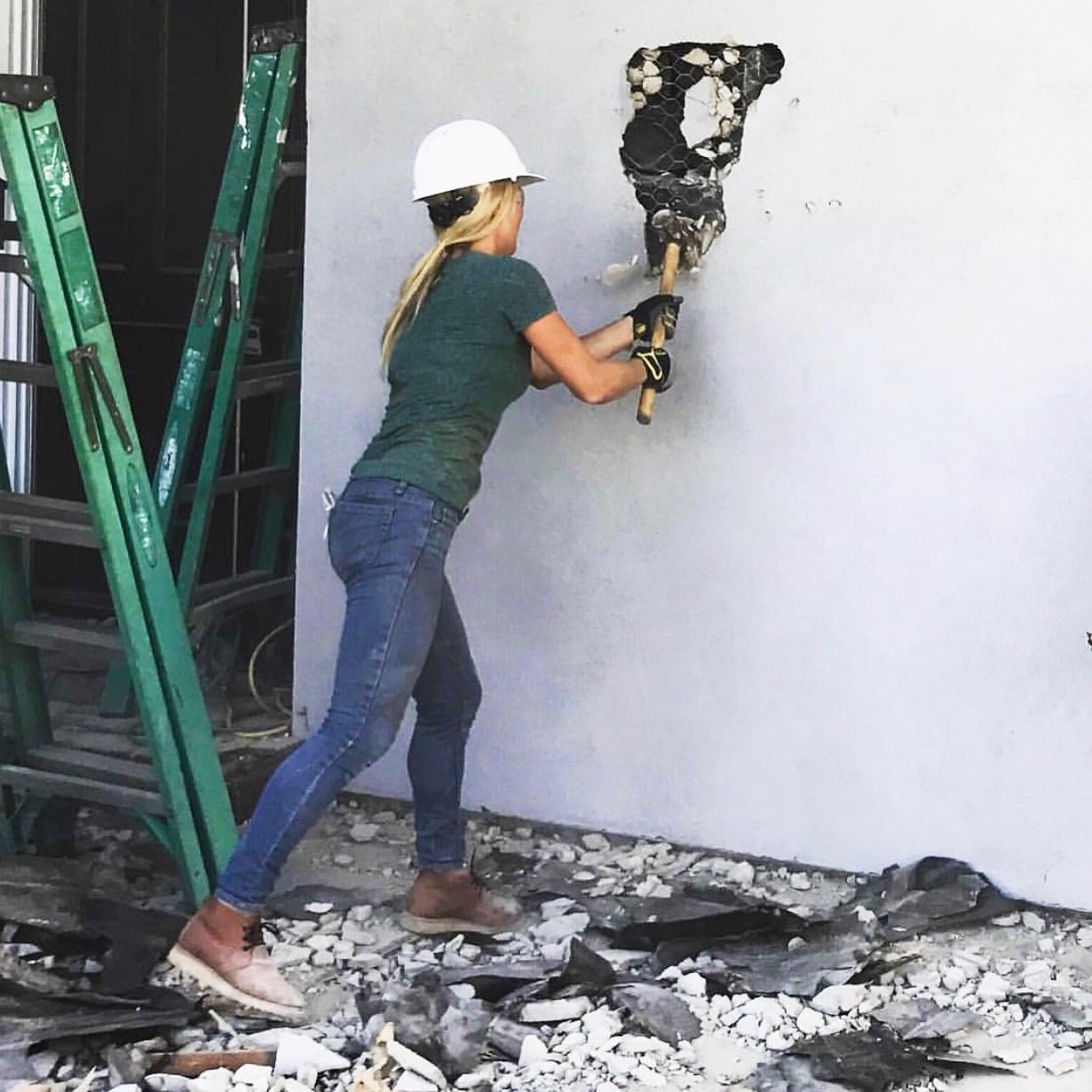 I Hired a Team to Follow Me Around with a Camera

Without even thinking twice, I offered to pay out of my own pocket to have a video crew come and film all my Built Custom Homes projects, me working with my guys, and even a little sunset “cheers” with my friends.  The production company agreed and I got to work.  I booked a local husband and wife video team and built a schedule down to the minute for two, 12-hours shoot days.  Little did I know I had basically started what I would spend the next couple years doing: running from project to project on a very tight schedule.  The morning of the shoot, my husband Brett put on his business suit to go to work at Roth Staffing and I put on my hard hat and tool belt, which wasn’t particularly interesting, but since there were cameras rolling it felt like it held extra importance. 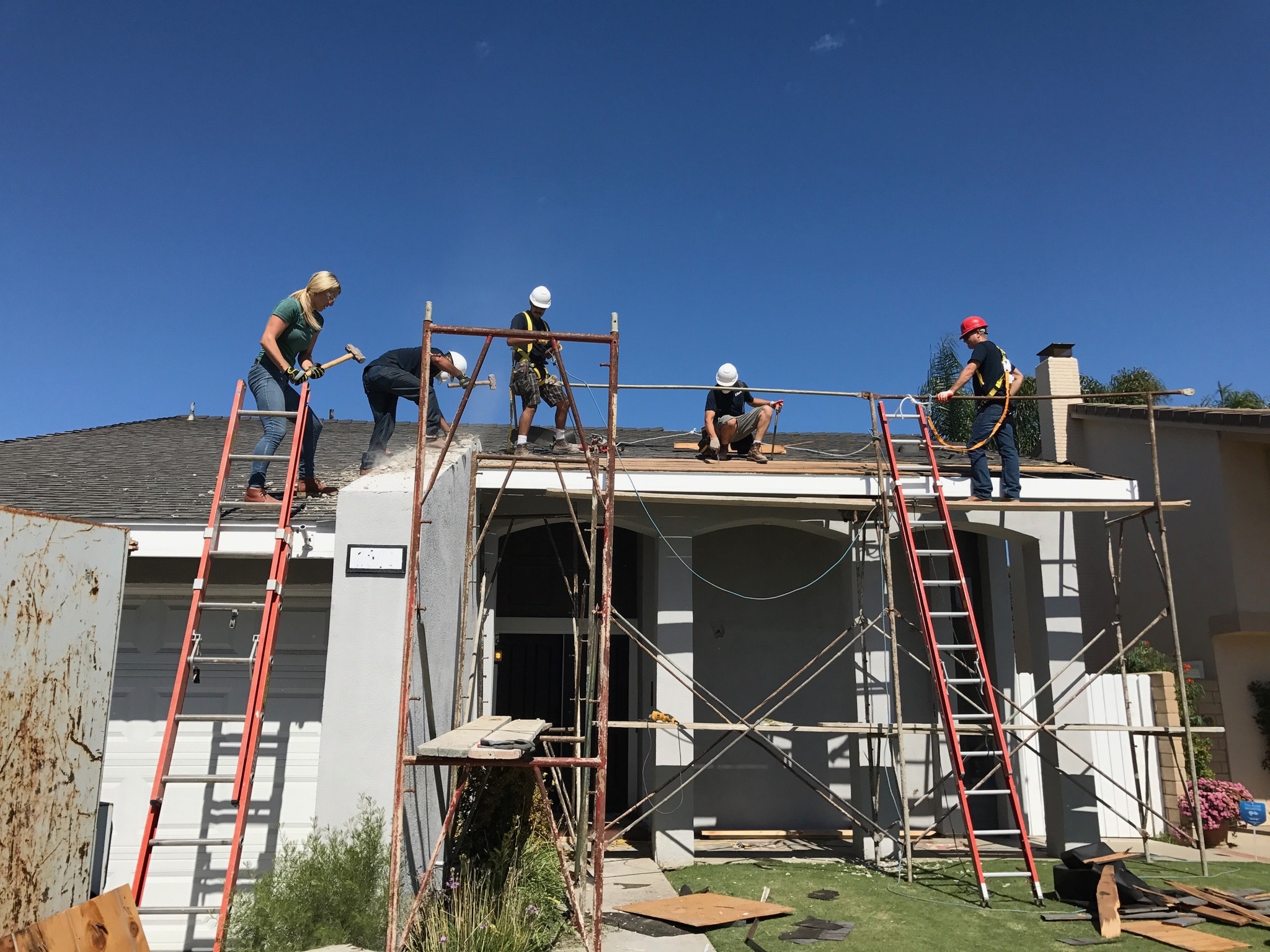 That day, I knocked down an old house to build a garage, I walked houses with architects, I styled and staged homes I’d just finished building and placed a “for sale” sign out front.  I climbed on the roof to look down a chimney, I installed flooring, I even had them video me coming out of the porta potty!  This was REAL LIFE and I didn’t want to miss a thing.  I went to sleep DEAD TIRED that day, but got up to do it again the next morning.  We played with my dogs in the park, painted a piece of furniture with my mother-in-law, and I bought burritos for all my guys on the jobsite. 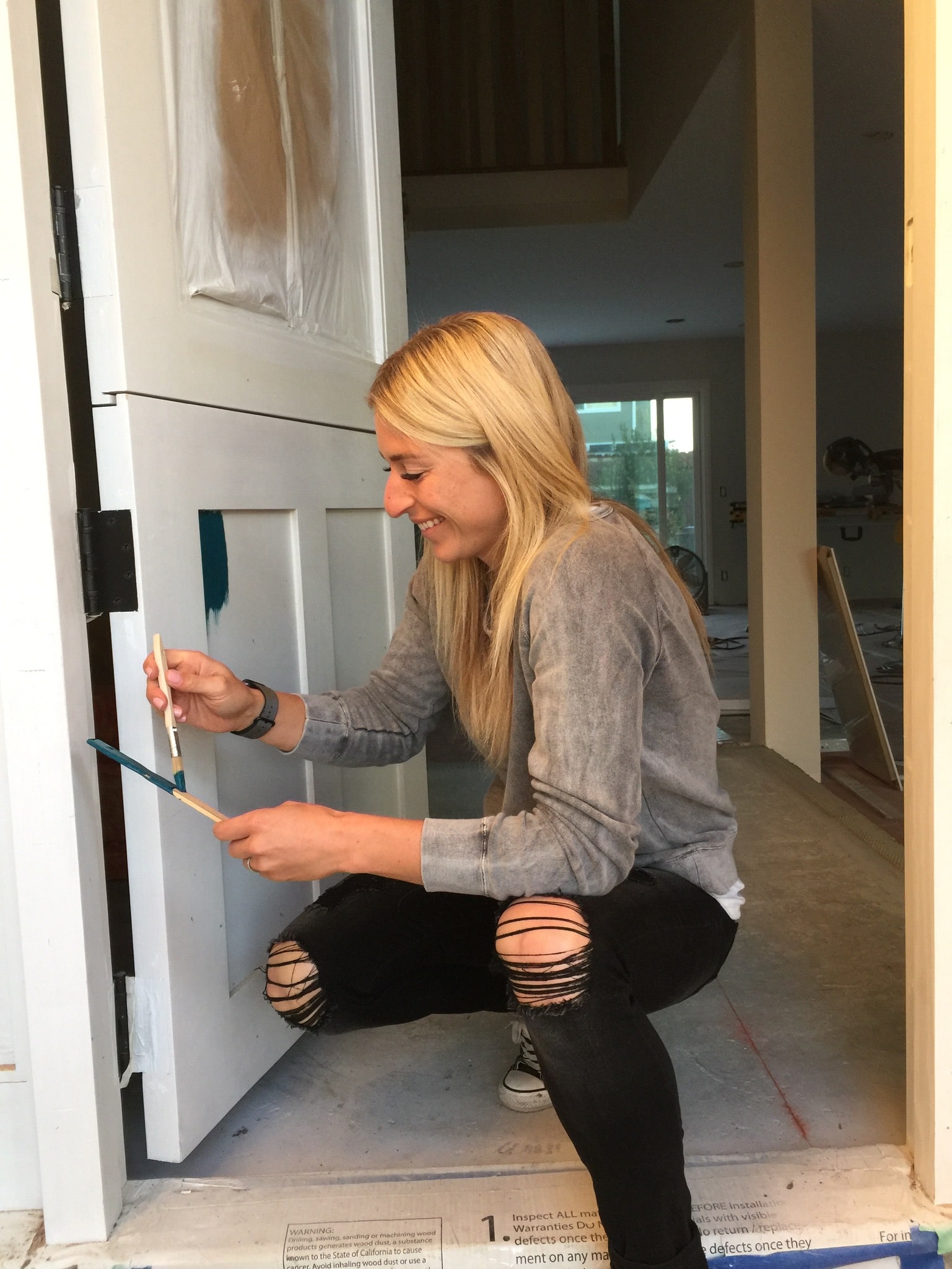 At the end of the day, my friends all came over for dinner and a little champagne toast in the tiny courtyard at my house – cameras were still rolling.  “To new beginnings” we all joked and clinked our glasses. Never did we imagine we’d be watching over 50 episodes of my own show over the next few years. 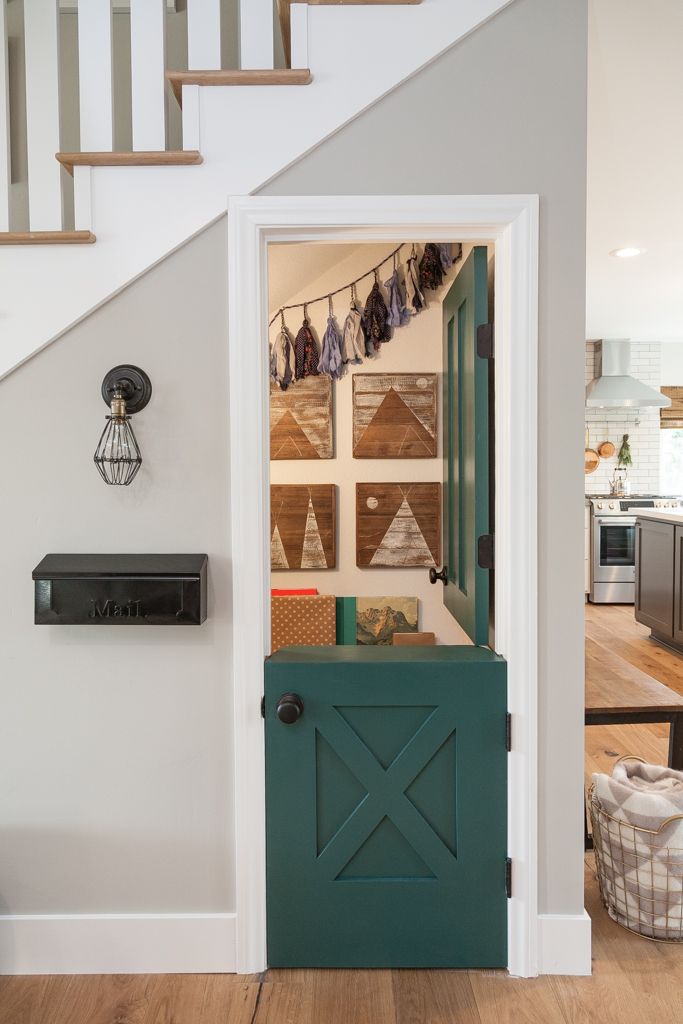 If you’ve been following me for a while, you know I’ve thrown a viewing party for every single episode and invited my friends over for dinner and drinks.  It’s literally the least I can do after they supported me since the very first day.  I sent the footage over to the production company and went back to work.  “Thank you, we’ll let you know if HGTV has any interest,” the email from the production company stated.  “Leave your heart on the field” I told myself and put it out of my mind.

I Went Back to Work Building Houses 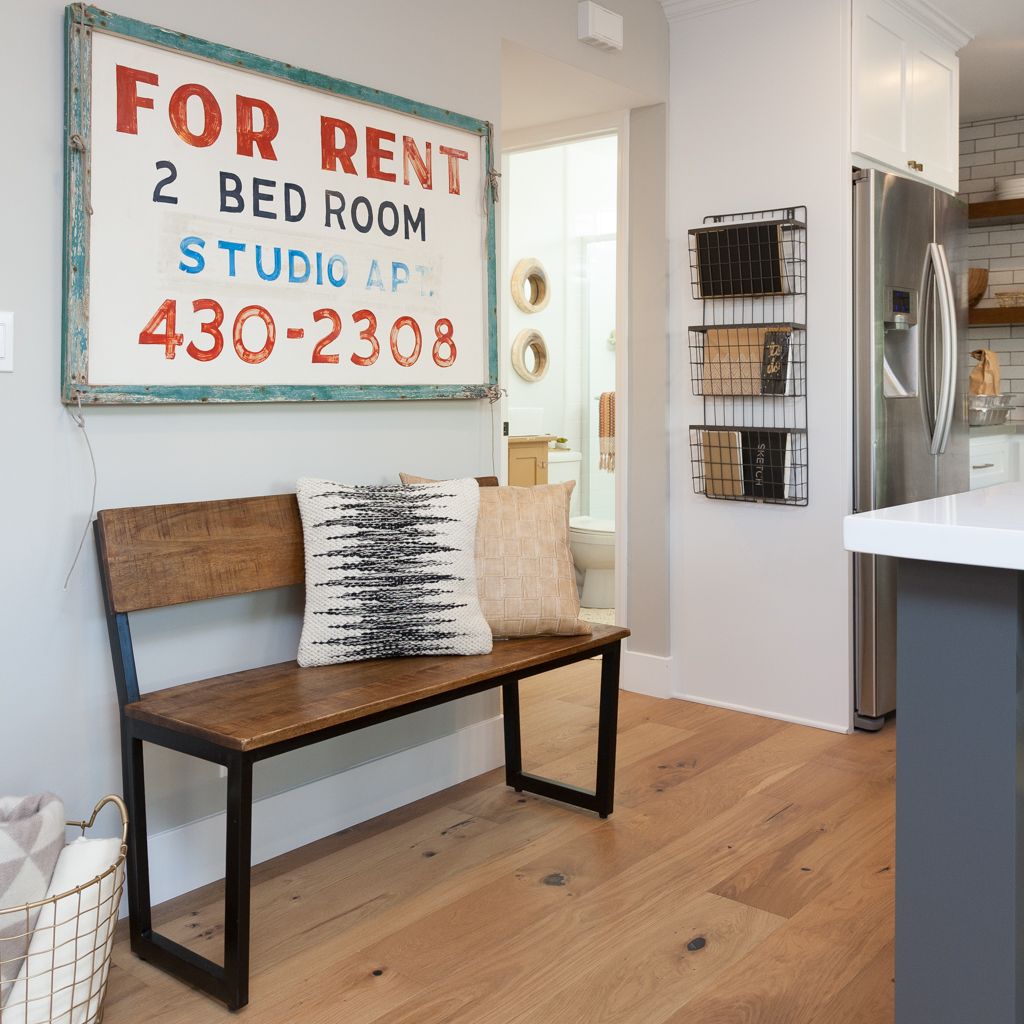 I kept working, posting, building, meeting with clients, and dragging old pieces of furniture from the trash to repurpose.  Then, one day a few months later, I got the call.  HGTV wants to do a “paid sizzle.”  I wanted to be excited, but I had no clue what that meant – was it the next step?  Later I found out that it was definitely the next step and that HGTV was willing to pay the production company to fly someone out to film me working for a few days.  YAY!!!  We set a date and about a month later I found myself at passenger pickup at LAX (That’s the GIANT international airport in Los Angeles) ready to welcome my film crew to California.

I Learned the Ropes of TV 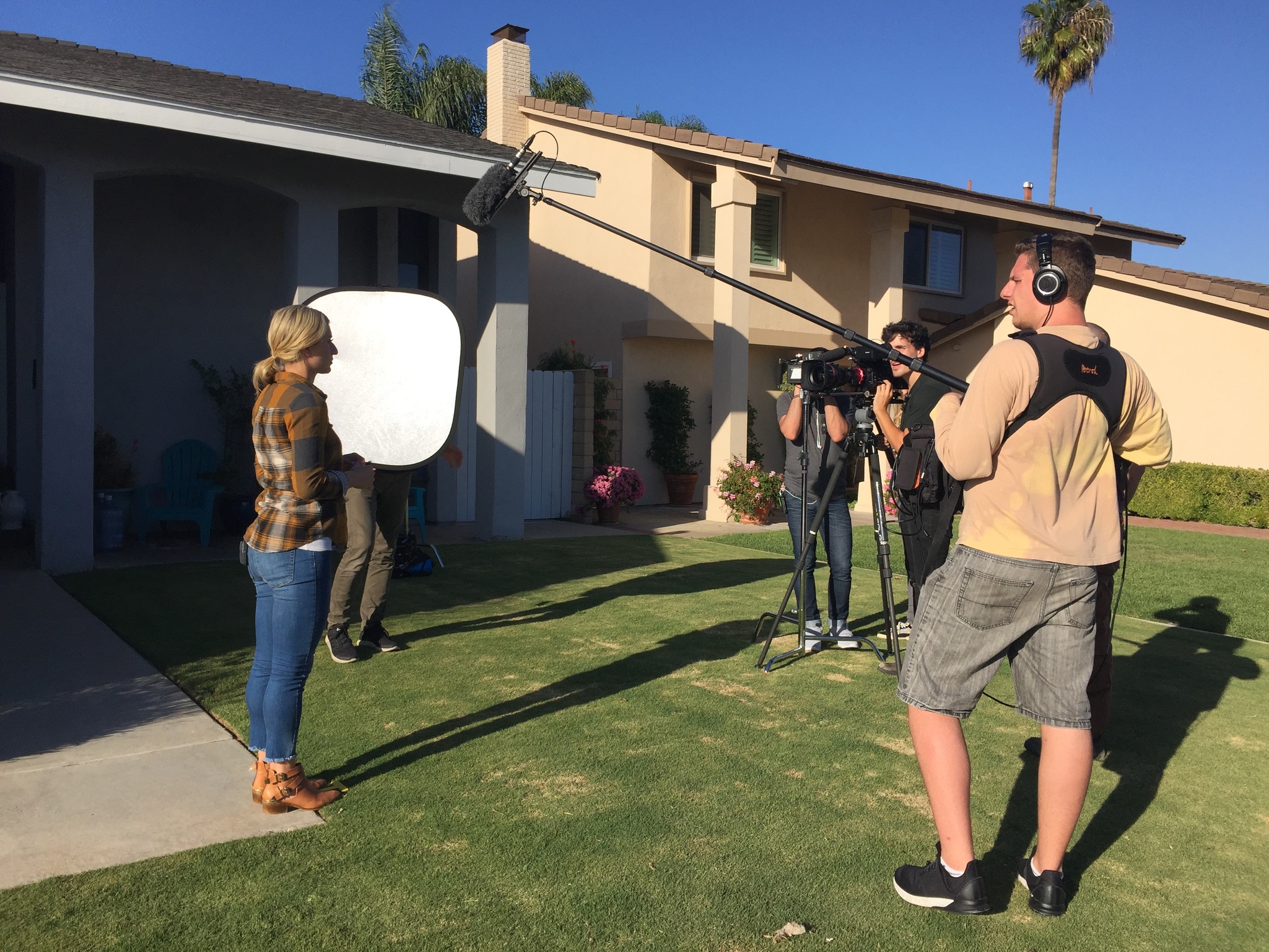 The next couple days were a blur as I not only managed my projects and my crews, but learned the basics about being on TV.  I learned to be “camera aware,” meaning not to turn my back to the camera.  I learned not to “talk over each other,” because interruptions don’t work on TV audio. 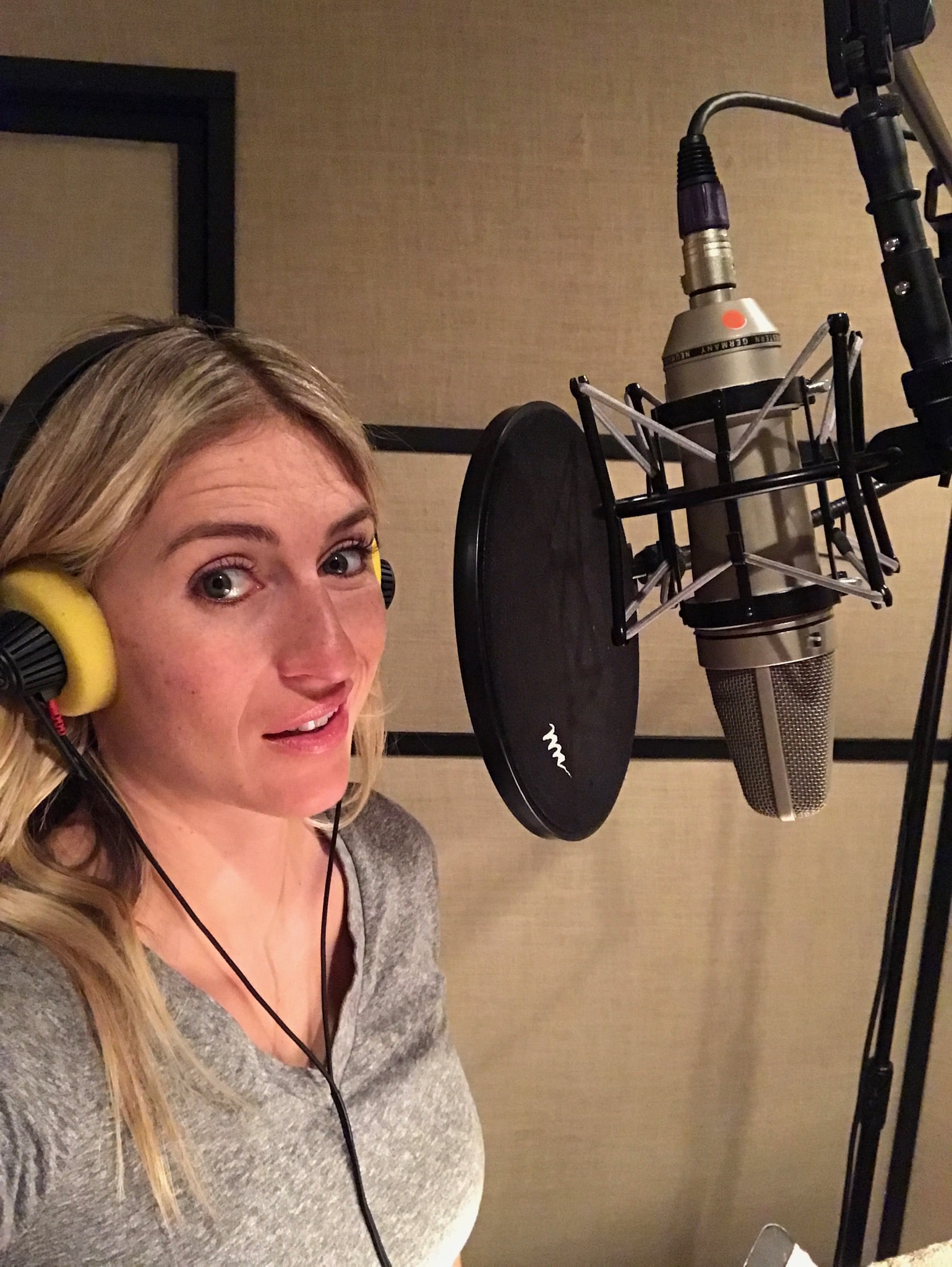 And most of all, I learned that a little goodbye kiss to your husband was VERY AWKWARD when the cameras were rolling.  Ha!  That said, I loved every single second of it and had no problem “being myself” or “being real,” and with a little bit of coaching I quickly forgot the camera crew was even there. 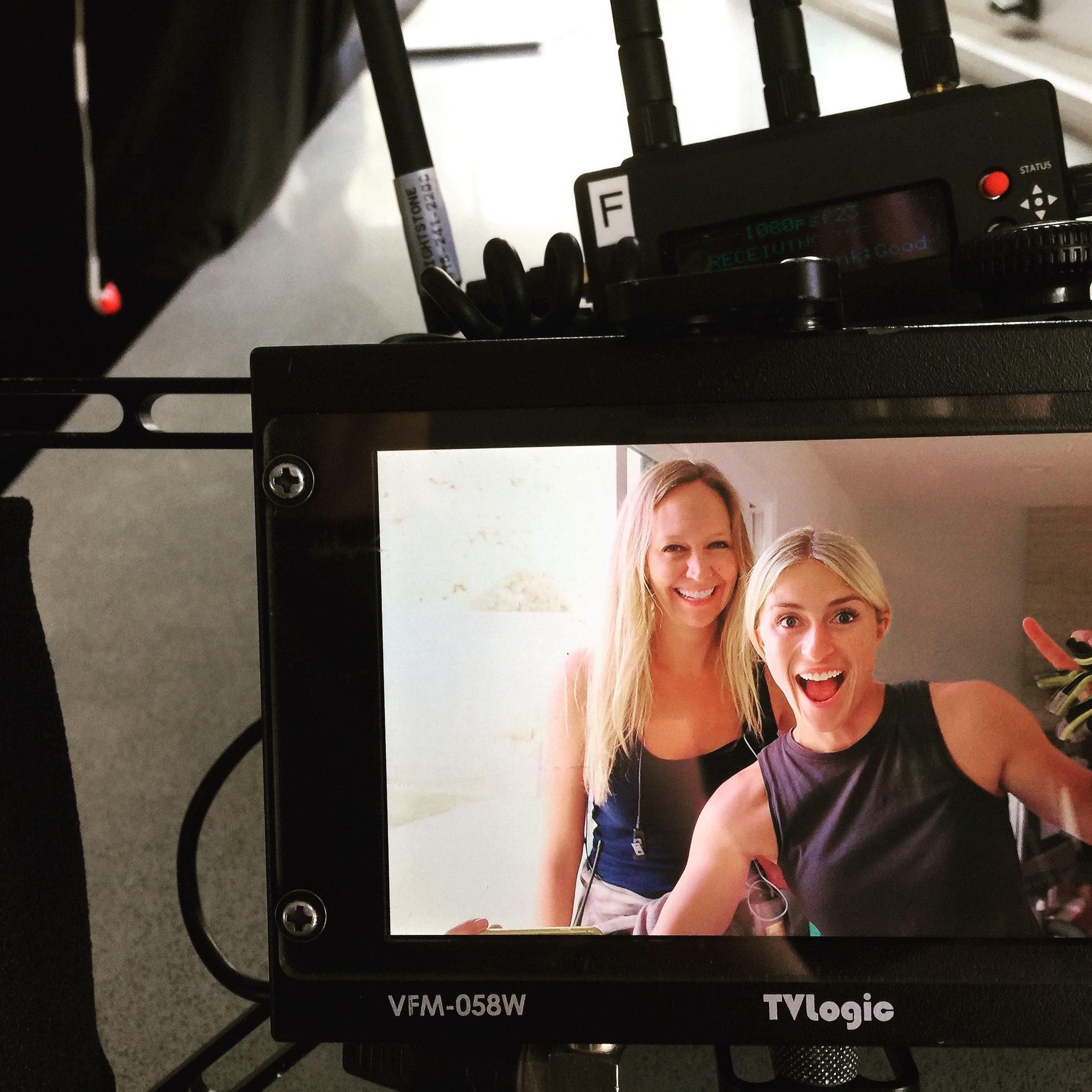 On the final day, once the camera had cut, we took the crew surfing and to Forever 21 – two things they didn’t have where they lived in Canada.  Oh, and we went to In-N-Out burger, which is a “must-try” your first time to California.  The next day we said goodbye and again, I put HGTV out of my mind. 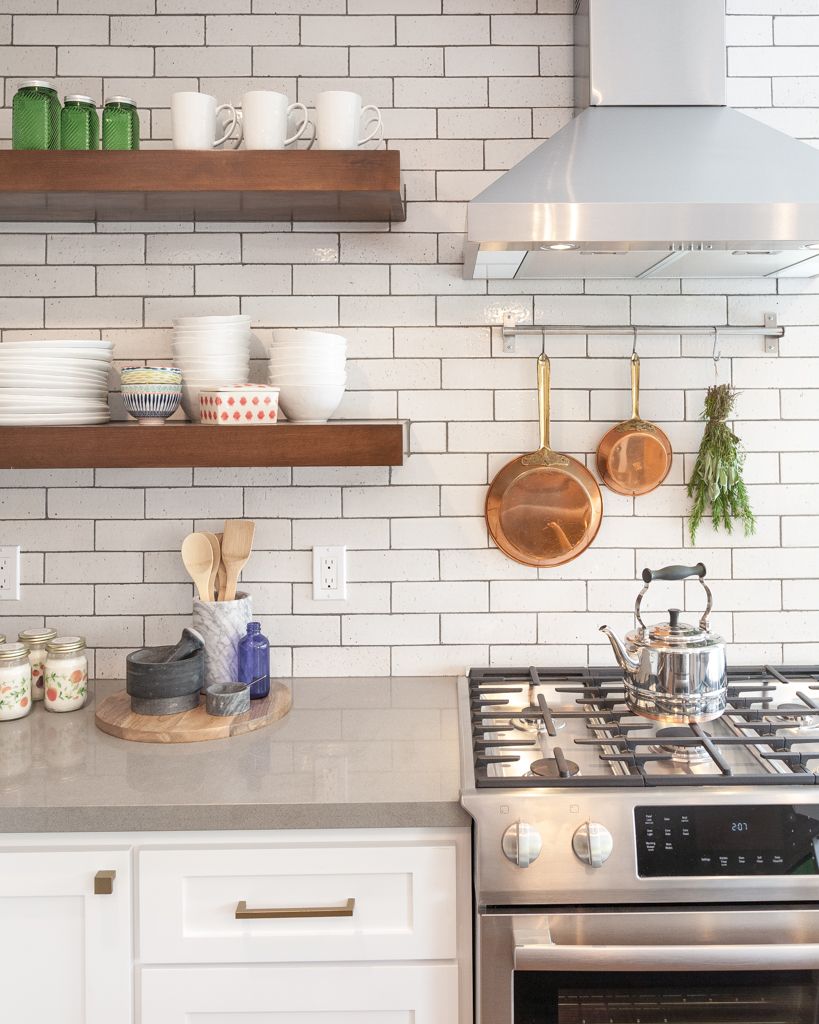 I knew that I’d given it my all and the odds of ever hearing anything again were very slim.  Back to work I went… 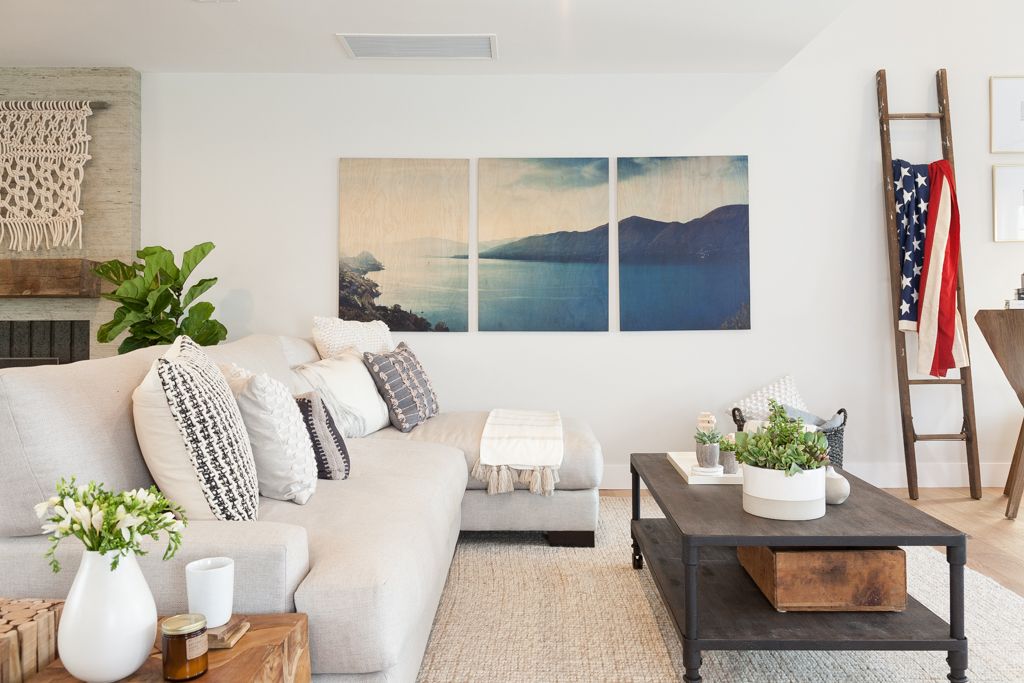 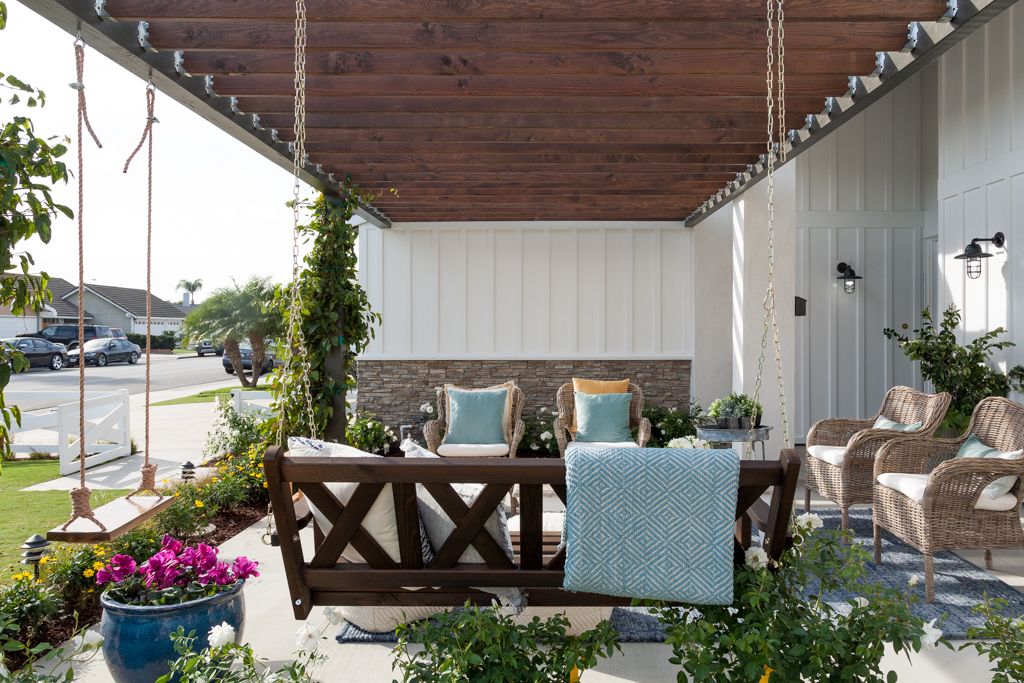 I Began My Journey with HGTV 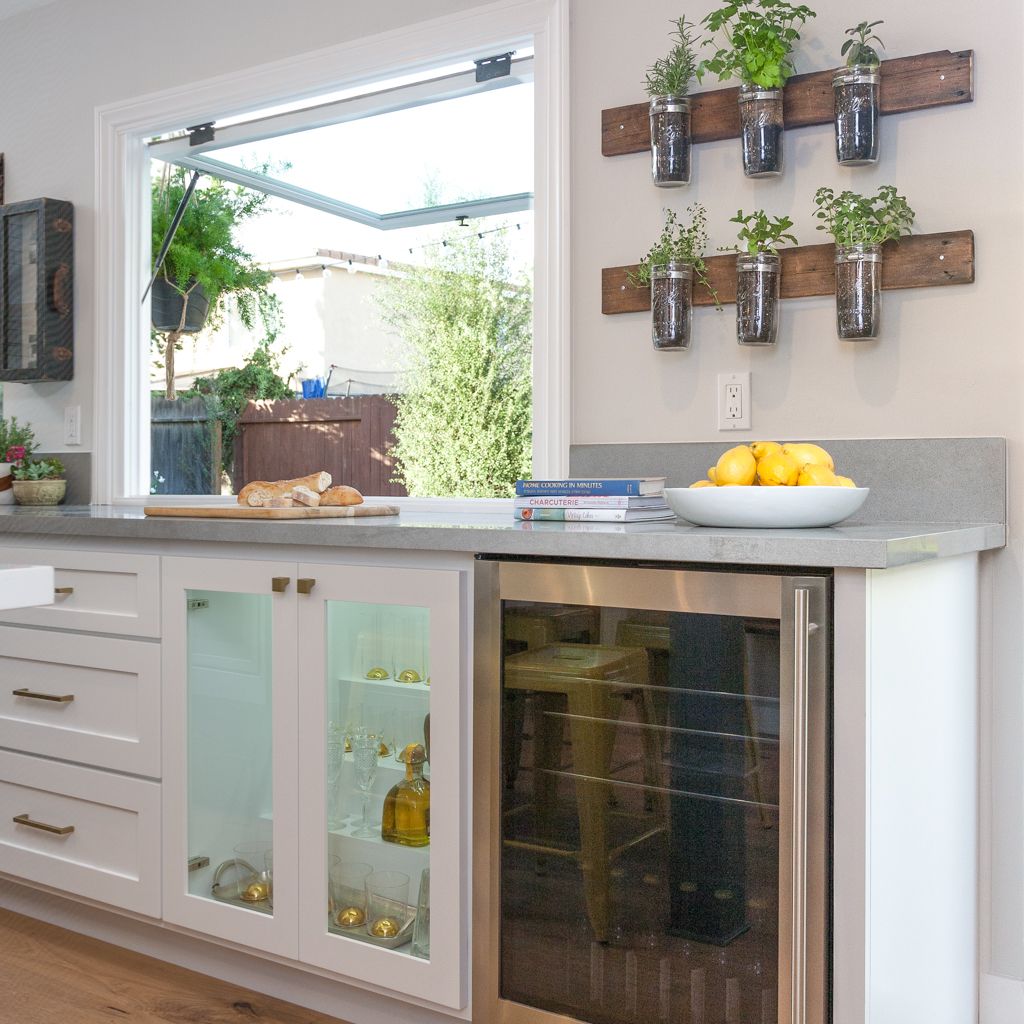 I was so excited, nervous, and had LOTS of questions.

Luckily, I had a great production company and really talented producers that told me not to worry about the logistics but to get ready.  Because come October, we were going to create a TV show… 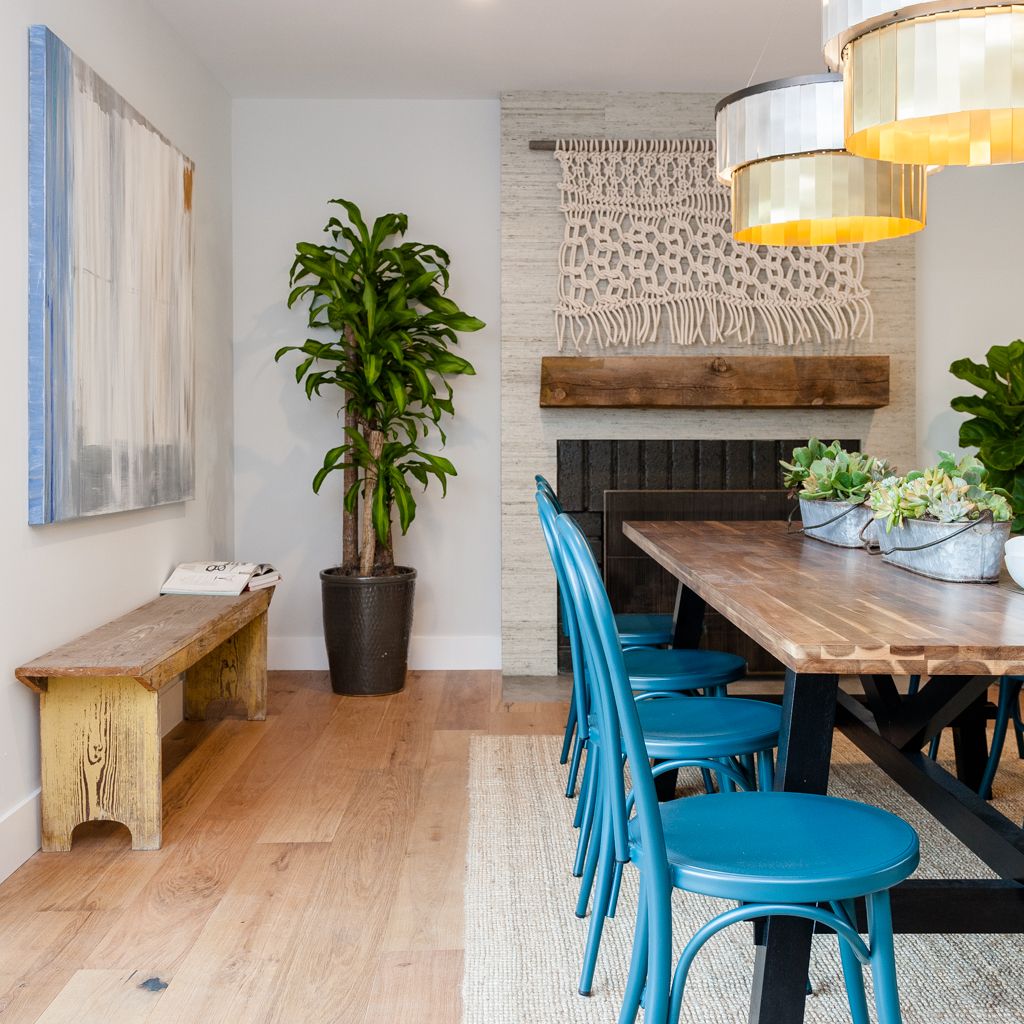 And well… That show ended up being called Hidden Potential, and the rest is history! 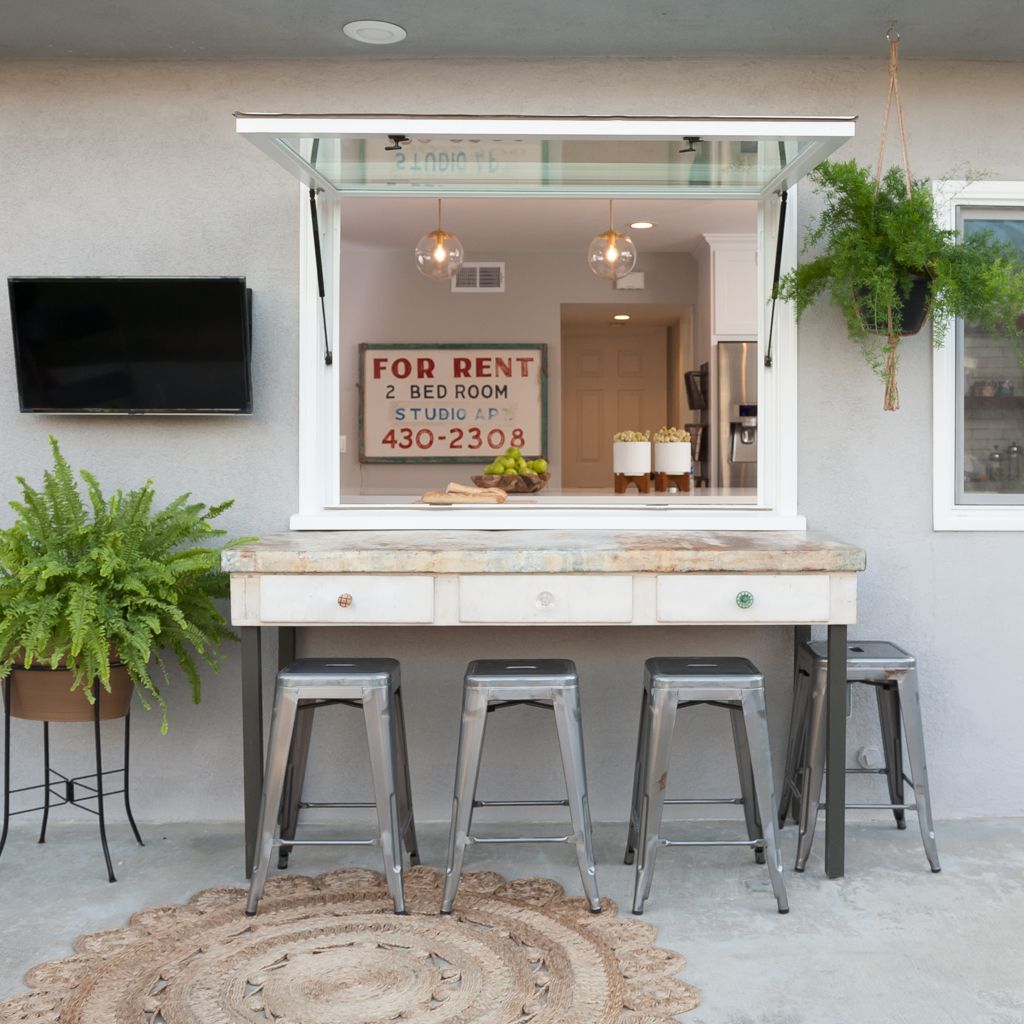 HGTV Secret Revealed! The Hardest Part About Being On HGTV

HGTV Secret Revealed! The Most Difficult Part About Making My New Show

HGTV Secret Revealed! How I Got My HGTV Show: Part 1