END_OF_DOCUMENT_TOKEN_TO_BE_REPLACED

Okay, so for those of you who’ve been around for a while, you know that little Hazel learned to eat real solid food at 6 months.  It’s called “baby led weaning,” and in my opinion, it’s pretty cool!  We got to skip the whole “baby food” and “purees” stage and go straight to her eating anything and everything.  That said, there were a few steps we followed (getting the green light from our pediatrician, introducing allergenic foods, watching a seminar to make sure we did it right) so make sure you catch up HERE and HERE. So now, 5 months later (Is that right?!  Wow, that went really FAST!) want to know how it’s going?  I thought you might.  So I wanted to give you an update on baby led weaning. First off, it’s going GREAT!  Actually, almost too good.  Let me explain… 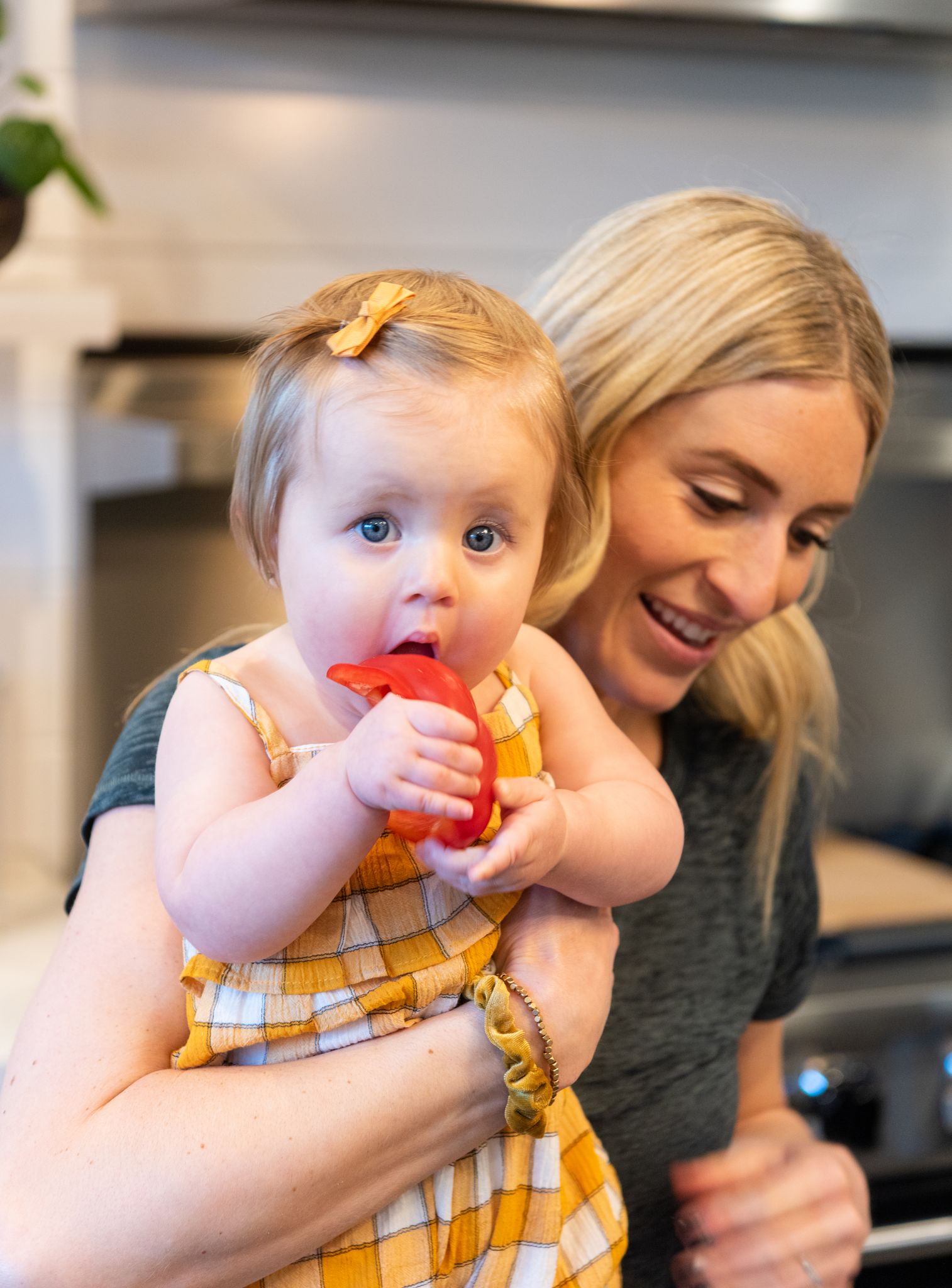 Until babies are one year old (and for many even after that), their primary nutrients come from milk (or formula) and any “food” they eat is just more for the experience and to introduce new things into their system.  So in Hazel’s case, since she loves ALL FOOD, she has decided that during the day she ONLY wants to eat solid foods.  Which is super cute and really fun, until we realized that she still has to get all her milk in… which means she’s drinking all her milk for the day IN THE MIDDLE OF THE NIGHT!!  Nooooo Hazel – you’re supposed to be asleep!!  I’m supposed to be asleep!!!  Okay, okay, that’s dramatic, but when I don’t get a lot of sleep, that’s how I get, okay? 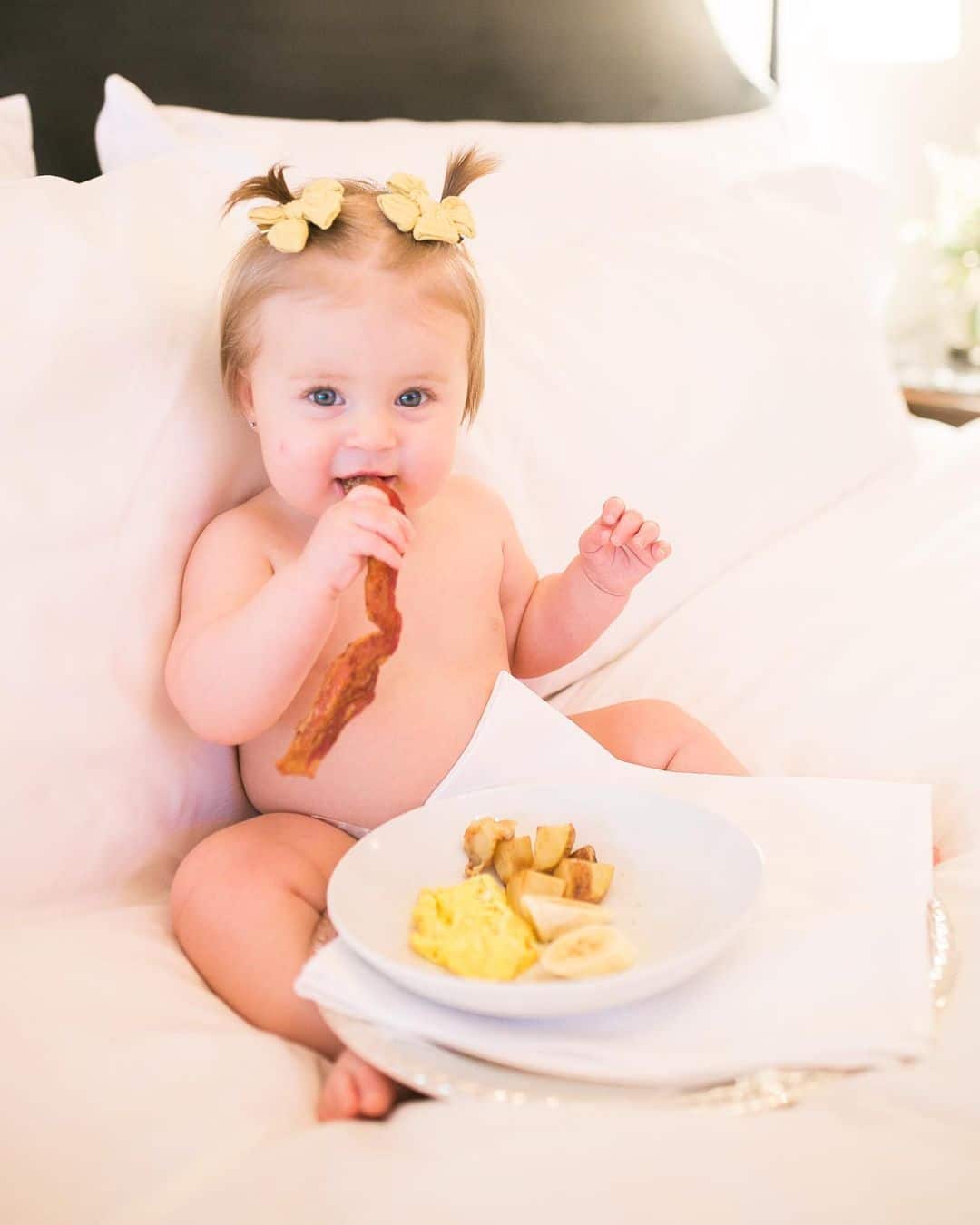 We realized this and decided to change a few things to make sure that she was still eating solid foods (having the experience) but drinking her milk as well, so we can all sleep during the night.  So now, before she eats any solid foods, we offer her milk first.  The goal is for her to fill up on milk and THEN solid foods.  We’ve also only been offering smaller portions of milk at night (think 2.5 oz) so that we slowly wean her off the habit of eating at night.  It’s interesting to me how intertwined sleep training and feeding is for a baby – I had no idea!  And with this new technique – so far so good! 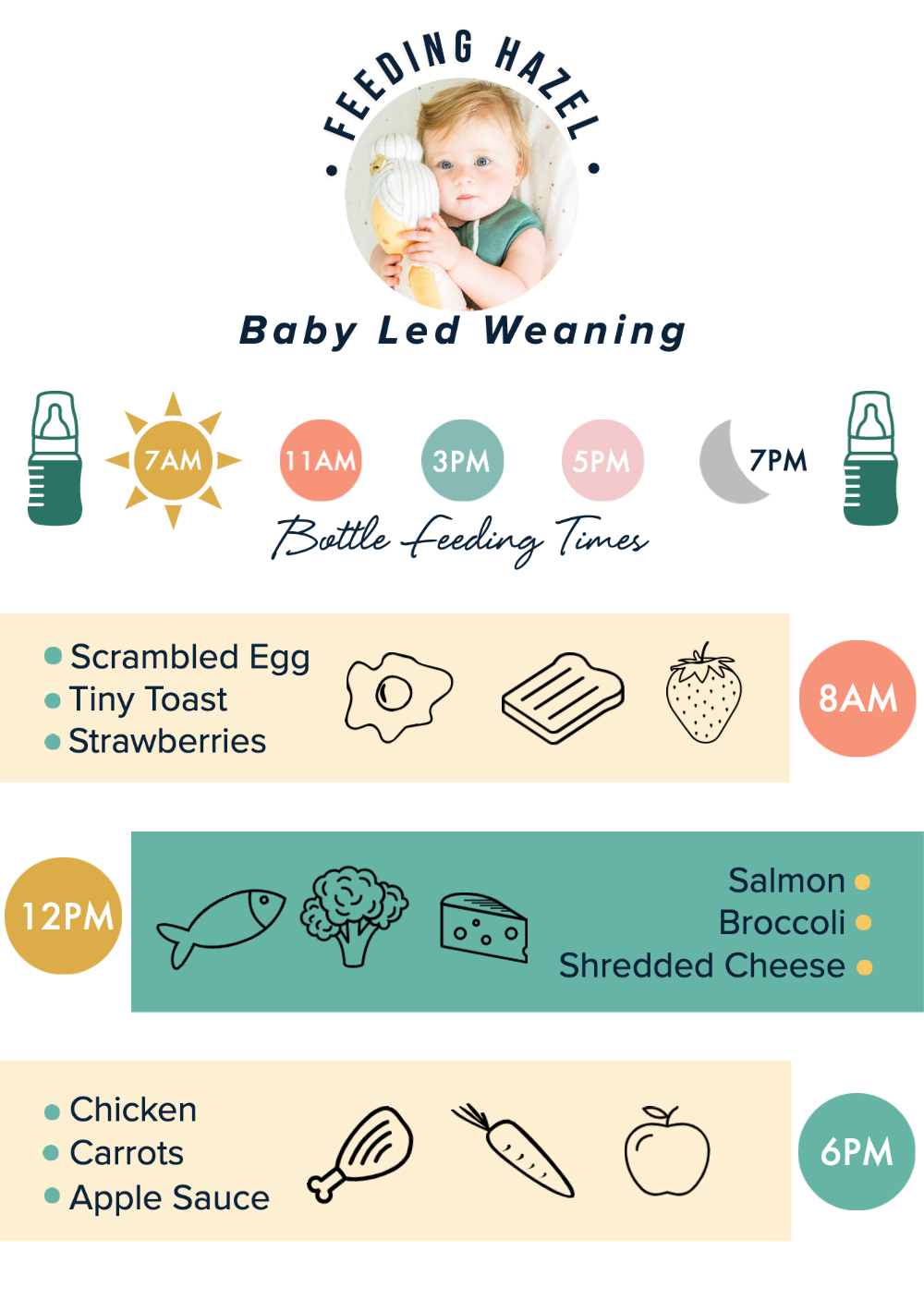 Oh, and in case you were wondering, she still only has two little teeth!  How is this different from what you did with your kids?  Are you currently introducing solid foods to your baby?  How’s it going with your 11 month old?  Can’t wait to hear your thoughts in the comments below! 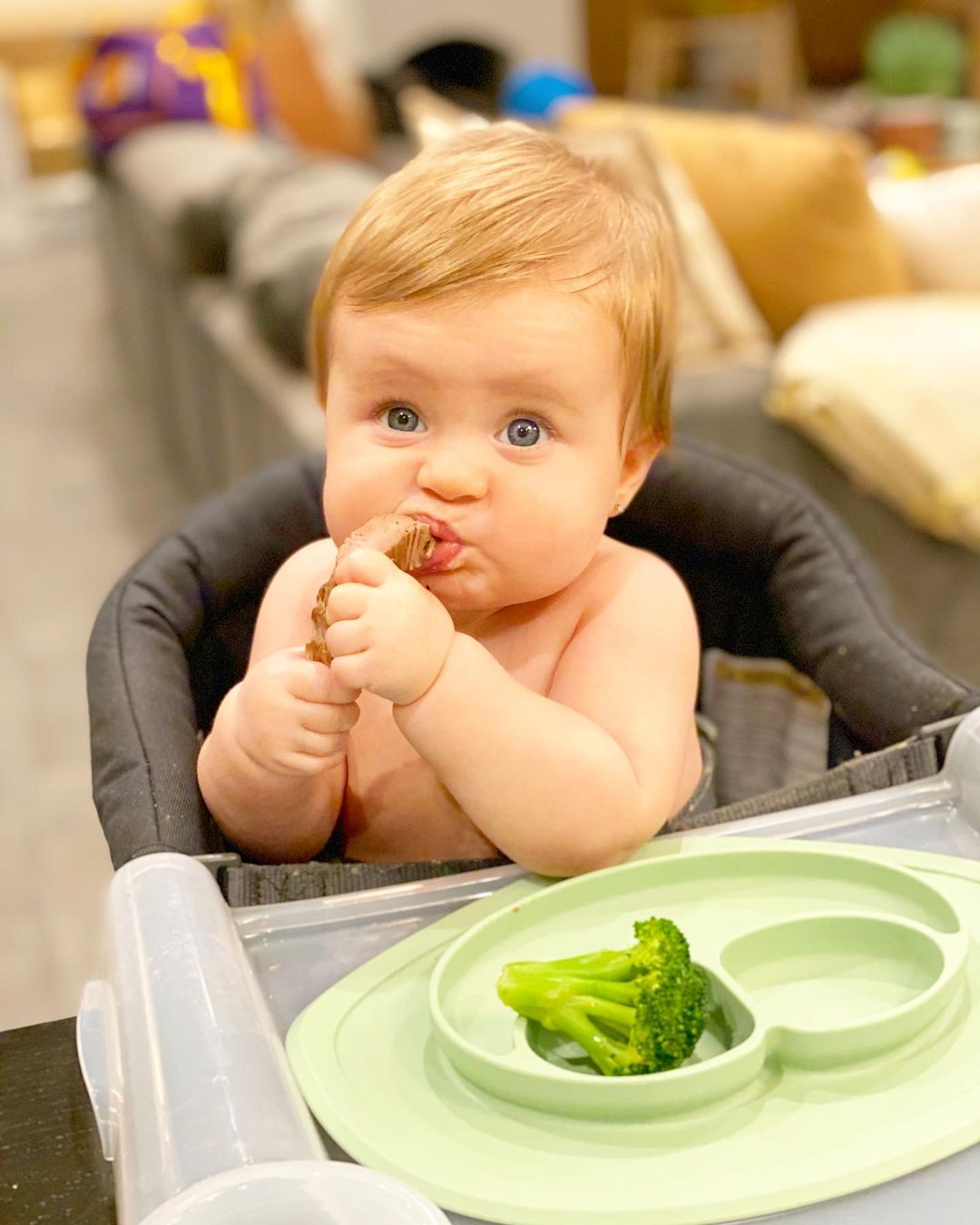 All the Baby Gear I’m Obsessed with at 6 Months